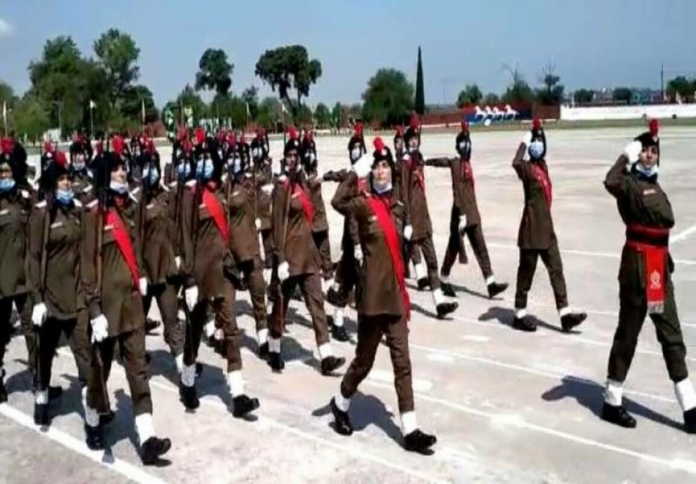 A transgender constable has been discovered taking training with women constables in the Punjab Police training center after which the female constables refuse to stay there.

According to a news report, the incident took place in Lahore where a constable who was recruited from Rahim Yar Khan as a female, turned out to be transgender which sparked disturbance in the centre.

The Superintendent Training College wrote to the Additional Training IG Zulfiqar Hameed stating that the constable recruited from Rahim Yar Khan is a Trans, which is making female officers-in-training hesitant to live in the centre.

SP training also stated that actions will be taken as per the nature of the matter.

Meanwhile, Chief Minister Gilgit Baltistan Abdul Qudoos Bizenjo on Wednesday inaugurated a Pink bus service for the women of the province to help them reach safely to their destinations.

Three free buses were launched in Gilgit and Skardu city, with the GB government planning to expand them to other areas of the province.

Bus service will operate on four routes in two shifts, from 6 a.m. to 9 a.m. and from 1 p.m. to 3 p.m. This initiative will benefit female students, doctors, teachers, lawyers, and other professionals. The government has also directed traffic officers to facilitate these buses on the roads.