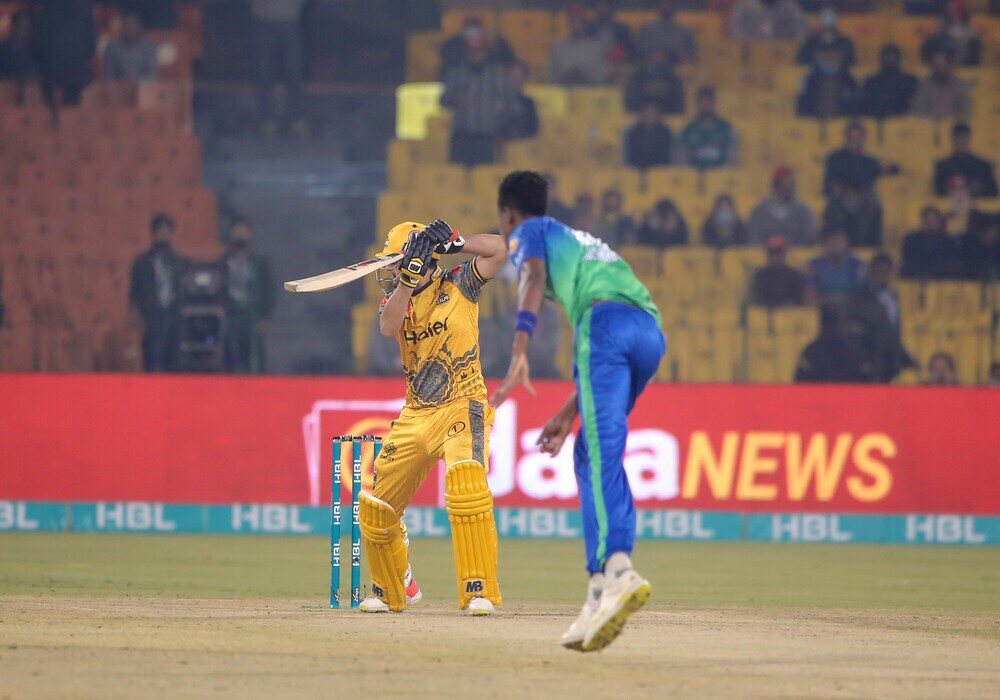 Multan Sultans, the defending champions, defeated Peshawar Zalmi by 42 runs in the opening match of the second phase of the HBL PSL 7 for their sixth consecutive triumph in the competition. The tournament’s reigning champions are still unbeaten.

Only five Peshawar Zalmi batters managed to reach double digits in the chase for the target. Shoaib Malik distinguished out with 44 runs. Liam Livingstone (24), Ben Cutting (23), and Sherfane Rutherford (23) were among the other batters to reach double figures (21). On 11 runs, Saqib Mahmood remained unbeaten.

Earlier, Wahab Riaz, the Zalmi captain won the toss and put the Sultans to bat first. Sultanâ€™s openers looked to carry the momentum from the Karachi leg as Shan Masood’s brilliant innings helped Multan Sultans set Peshawar Zalmi a 183-run target in the 16th match of the HBL PSL 7.

Shan Masood and Mohammad Rizwan put on a 98-run first-inning partnership for them.

Masood continued his great form by playing a 68-run inning of 49 balls with the assistance of eight fours and one six, providing a solid platform for other hitters to launch an attack against the Zalmi bowlers in the late overs. Rizwan scored 34 runs.

Veteran Shoaib Malik was the pick of the bowlers from Peshawar Zalmi for his economical spell as he only conceded nine runs in the two overs he bowled.

The rest of the bowlers were smashed all around the park by Tim David And Shan Masood.

Sultans are in Red hot form as they have won all the matches from the Karachi leg and have started the Lahore Leg with a bang. They really are looking an unformidable force and the team to beat.

Multan Sultan have become the first team to qualify for the playoffs.