Reham in Pakistan with plans for social sectors, journalists’ welfare 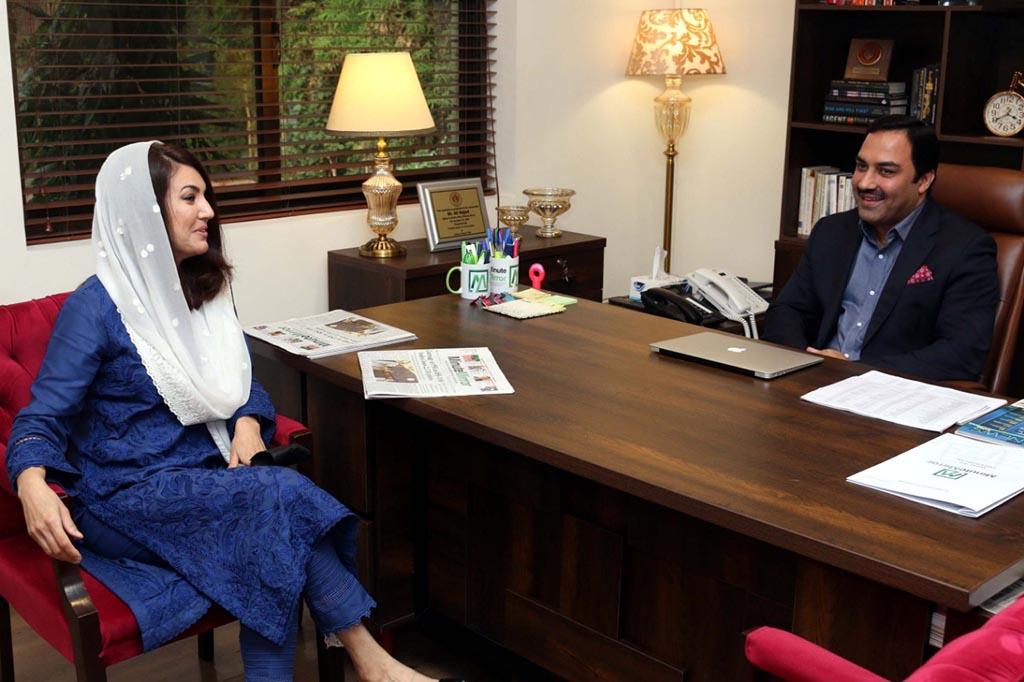 Writer, analyst and social media activist Reham Khan has been in Pakistan for over a week and she has plans to have a long stay in the country to work in the social sector and for the welfare of the journalist community.

On Saturday, she visited the Minute Mirror office and admired the long struggle of journalists to protect the freedom of expression, but at the same time she seemed concerned over increasing influence of institutions, non-state actors and powerful individuals to control the independence of Pakistan’s press.

She has no dearth of admirers as well as detractors in Pakistan. Both sides, however, are unanimous at this point that Reham Khan does not say anything tongue in cheek.

The author of controversial memoir Reham Khan, which covers her eventful life as housewife, journalist, ex-wife of Prime Minister Imran Khan and philanthropist, believes the only way to achieve the goal of free media is the unity and commitment of working journalists.

She met Editor-in-Chief of the English daily Ali Sajjad and appreciated his vision of launching the 16-page paper at a time when the print media in Pakistan was struggling for survival.

“In these very difficult times, print journalism has suffered the most in Pakistan with poor circulation and increased costs of production. An insightful discussion at Minute Mirror with Ali Sajjad,” she tweeted following her meeting with the chief executive officer of the recently launched newspaper.

Ali Sajjad told her that his purpose of launching the paper was the promotion of ideal journalism in Pakistan. “We will never compromise on journalistic ethics and norms,” he said.

Reham was briefed on the website, different sections and future training programmes of the staff. Ali, who himself has a passion for journalism, said he had a firm faith that Minute Mirror will bring a real, long-desired change in Pakistan’s media.

“I do not take instructions from anyone to come to Pakistan. This country is my home. I’m a land owner and have home here. I don’t need permissions to come to my homeland,” she told the reporters at the club.