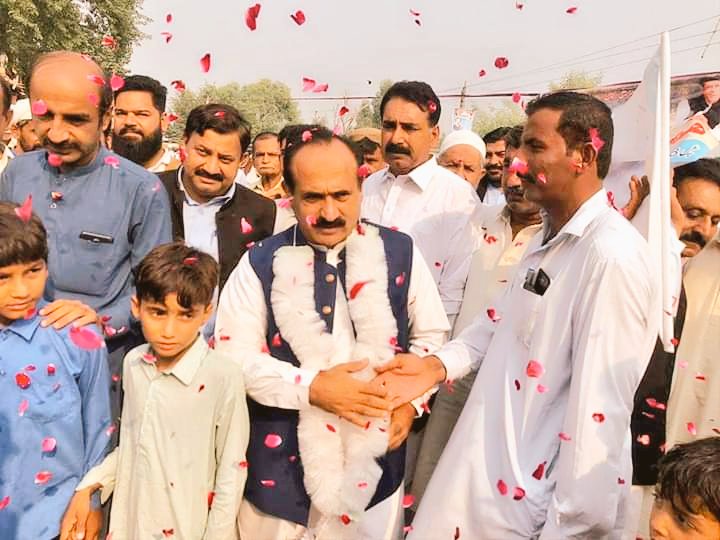 Sports journalist Ejaz Wasim Bakhri revealed the matter in a tweet on Wednesday. He stated that his 65-year-old father was â€˜brutally beatenâ€™ outside his house in Kot Addu by cousins of PTI Punjab MPA Ashraf Rind. The video showed a group of four men brutally beating an old man, with one of them lunging at him with a brick.

In his comments to Minute Mirror, Bakhri stated that the attackers, which he identified as the sons of MPA Rindâ€™s maternal uncle, had an issue with a ramp being built outside his fatherâ€™s house, due to which they attacked him.

Upon registration of the first information report regarding the matter, the journalist faced threats from the MPA. A video shared on Twitter showed a CCTV recording of the incident, and had a conversation superimposed on it which Bakhri stated was between him and the MPA. In the video, Rind could be heard giving threats to the journalist and saying that the journalist had challenged his â€˜MPA-shipâ€™ by registering an FIR, and that he would face the consequences.

The MPA also said in the video that this was a routine matter and there was no need for registration of an FIR.

Bakhri also informed Minute Mirror that the MPA had influenced the Town Committee, members of which had broken the ramp that was being built outside his fatherâ€™s house.

He emphasised that Prime Minister Imran Khan had made claims about equality of justice, and he also wanted equal treatment before the law and a fair decision regarding the matter.

Ashraf Rind is the ruling partyâ€™s MPA from constituency PP-279, Muzaffargarh XII. He has also previously served as a nazim and naib nazim.