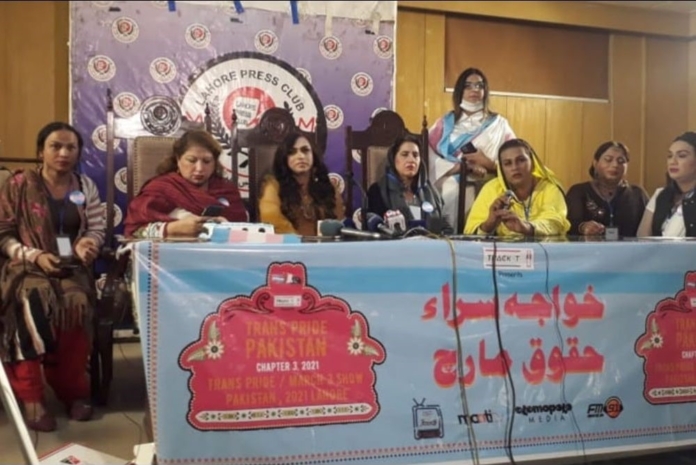 Religious parties across the divide have expedited their campaign against the Transgender Persons (Protection of Right) Act, declaring it an attack on society.

Passed by parliament into law in 2018, the act has taken the centre stage of debate since the first week of September, with the rightists demanding amendments.

The Jamaat-e-Islami spearheading the movement as the Jamiat Ulema-e-Islam-Fazl (JUI-F), Tehreek-e-Labbaik Pakistan (TLP), Jamiat Ulema-e-Pakistan-Noorani and the moderate Pakistan Awami Tehreek (PAT) also joined hands in support of the amendments.

The debate even forced the banned Sipah-e-Sahaba’s political wing Rah-e-Haq Party and terrorist outfit Tehreek-e-Taliban Pakistan (TTP) to issue statements against it.

It is a matter of high concern that political parties of Pakistan work under the patronage of the West [and got] passed the anti-Islam bill [transgender act] from parliament, read a declaration issued by the banned TTP, emphasising upon religious parties and scholars of all schools of Islamic thought to join hands against it and start a movement. It rejected the bill like “other anti-Islam legislation by parliament”.

Rah-e-Haq Party’s only MPA Moavia Azam has separately submitted a resolution in the Punjab Assembly against the law.

JI Emir Sirajul Haq called a press conference on Thursday at the party’s headquarters in Mansoorah where he unleashed an attack on the law and demanded an amendment to it, as proposed by JI Senator Mushtaq Ahmad Khan in the Senate.

“I want to make it clear that the JI will resist the attack on Islamic norms of society,” said Haq, declaring the law against the teachings of Islam.

The JUP-Noorani, a Barelvi-Sunni organisation, staged protest demonstrations all over the country against the passage of the bill from parliament, its media wing stated.

The JUI-F Lahore chapter also rejected the bill in its working committee meeting, calling for a boycott of political parties behind the passage of the act. Maulana Fazlur Rahman’s party termed the law “against Islam”.

Dr. Tahirul Qadri’s PAT also opposed the bill and criticised the rulers for backing it. Instead of seeking Allah Almighty’s forgiveness at a time when floods devastated the country, the rulers brought forward the transgender act, said the PAT central Punjab chapter’s President Mian Rehan Maqbool.

The rightists claim the act will promote homosexuality and gay marriages against the stance of transgender community members and leftists, who term it a landmark.

The formers have already filed applications to become a party to the long-running case being heard by the Federal Shariat Court, asking the FSC to strike down two important provisions in the law: the question of who is to be considered a transgender person, as well as an individual’s right to be recognised according to their perceived gender identity.

A transgender who requested anonymity said the law protected the rights of individuals whose gender identities were at odds with their biological sex.

She said that connecting gender non-conformity with homosexuality was problematic, and added that being a transvestite had nothing to do with anyone’s sexual orientation.