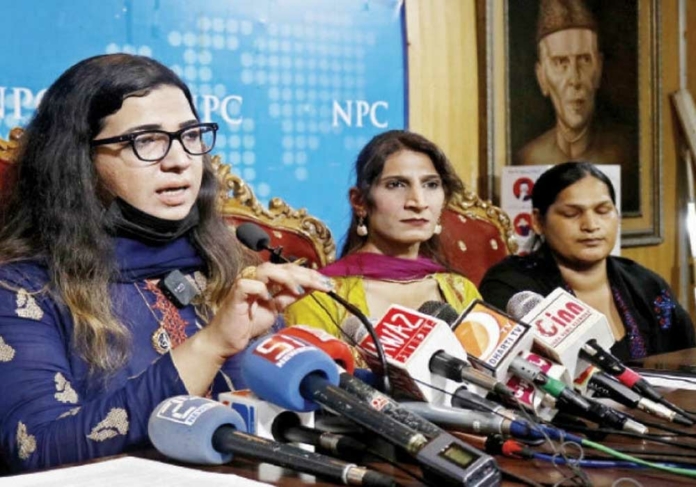 Religious parties are set to form a joint platform to push the government to repeal the trans law, insiders say.

Passed in 2018 by the parliament, the Transgender Persons (Protection of Rights) Act has recently become a centre of debate after the Senate Committee on Human Rights rejected the amendments proposed by Jamaat-e-Islami (JI) Senator Mushtaq Khan. He claims the law is un-Islamic and poses a serious threat to the ideological basis of Pakistani society.

The Federal Shariat Court is separately hearing different petitions in favour and against the act. The Council of Islamic Ideology-a constitutional body responsible for giving legal advice on Islamic issues to the government and the Parliament-has also opposed some articles of the act. Powerful religious organizations including Tehreek-e-Labbaik Pakistan and the JI have launched social media campaigns in resistance and Twitter recently witnessed top trends.

The rights groups and majority of transgender associations, on the other side, believe the law is a landmark. Maulana Fazlur Rehman-the head of his own faction of Jamiat Ulema-e-Islam and Pakistan Democratic Movement (the alliance of 13 political parties forming a unity government)-also declared the act as against the religion in his recent interaction with journalists in Lahore. He said his party has moved amendments in National Assembly, believing they will be adopted by the lower house of the parliament.

Law Minister Azam Nazeer Tarar, addressing a press conference along with Prime Minister Advisor Qamar Zaman Kaira in Islamabad a week ago, however, defended the Transgender Protection Act, saying that transgender people were also human beings and their due rights must be granted to them as per law. Transgender people, he said, were also human beings and it was the responsibility of the state to give them their fundamental rights.

“Under the bill, discriminatory treatment of transgender people has been banned. It has been ensured that they get a share in the property in accordance with Sharia,” he said. The recent move to unite the religious parties against the law is being initiated by the Jamaat-e-Islami, said a leader of a religious party. As the govt insists on keeping the act intact, the religiopolitical parties, clerics, and heads of seminaries to adopt strategy and have no option left but to launch a powerful campaign against it, the leader told Minute Mirror.

“The JI Emir Sirajul Haq has called a meeting of different parties at Mansoorah on Friday to discuss the strategy to oppose the law effectively.” The leaders of Jamiat Ulema-e-Islam-Sami, Jamiat Ulema-e-Pakistan-Noorani, factions of Jamiat Ahlehadith, Tanzeem-e-Islami, Islami Tehreek, lawyers, religious clerics and heads of religious seminaries were invited to attend the meeting at the JI headquarters in Lahore. The TLP and the JUI-F, however, were not invited to the moot. The leader said it was highly likely that the participants adopt a joint resolution and form an alliance to launch a powerful movement against the act.