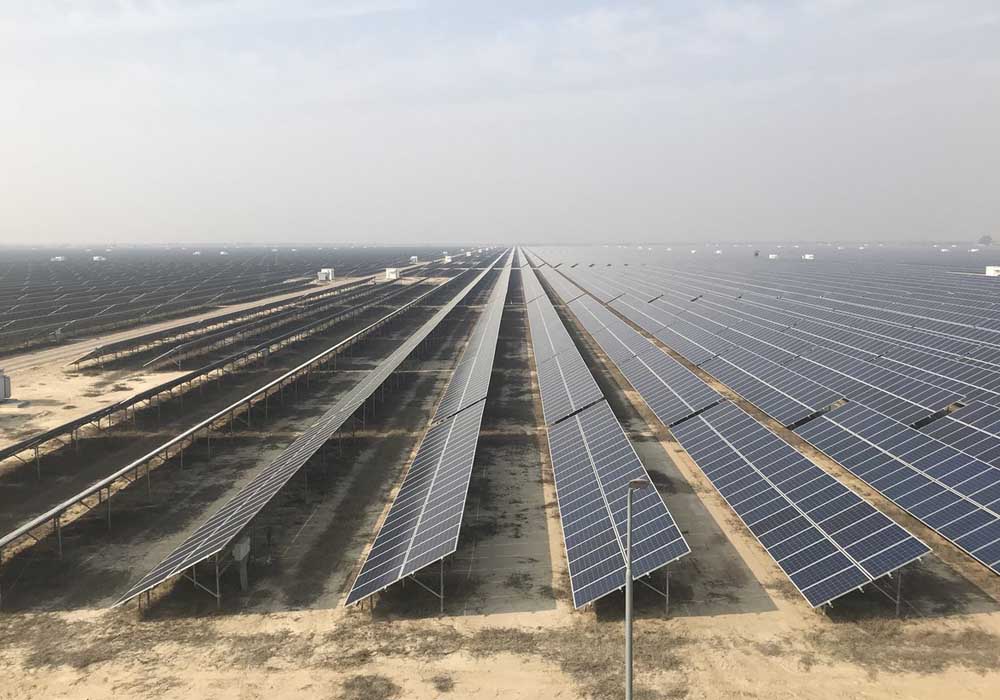 Prime Minister Shehbaz Sharif on Tuesday said that Pakistan’s future hinged upon the utilization of renewable energy, as these alternative resources of energy could help generate inexpensive power.

During a meeting with a delegation of Chinese company Zonergy Corporation, the premier said the production of cheap power would also remove the burden of price hike, the PM’s Office said in a press release.

Shehbaz said that a major chunk of Pakistan’s import bill was being spent on the import of costly fuel for power generation, and underlined that it was imperative to move towards the utilization of inexpensive energy which would also help in saving of precious foreign reserves.

He further informed that a pre-bidding conference on solar energy projects would be held in Islamabad on Wednesday.

On the occasion, the Zonergy Corporation’s delegation also presented a donation cheque for the PM Flood Relief Fund.

The prime minister, while appreciating Chinese support on the internal and external fronts, said that China was the best friend.

He said that China-Pakistan Economic Corridor (CPEC) was an extension of the Chinese flagship Belt and Road Initiative under which Chinese investment was made in the construction of infrastructure, industry and in different other sectors.

The 300MW Quaid-e-Azam solar power project in Bahawalpur was accomplished in a record period of time and the government was making efforts to promote investment in the renewable energy, especially in solar and wind energy, he said.

Meanwhile, on the special instructions of Prime Minister Shehbaz Sharif, work on restoration of power supply and road network to the flood-affected areas is in full swing.

In a statement issued by the PM Office, the prime minister is personally monitoring the restoration work in flood-hit areas while a report in this regard was being submitted to him on daily basis.

The National Highway Authority and the Power Division are working day and night on the maintenance work. The traffic on the operational sections of Gwadar-Ratodero Motorway M8 has been restored while landslide debris has been cleared up from the M8 Wango Hills location.

With the restoration of M8 Motorway, the traffic has been restored for Gwadar, Awaran, Khuzdar and Ratodero.

For the convenience of commuters, the M8 Motorway section has been opened one-way. In Timargarh, the 132KV Bajaur transmission line has been restored and the routine power supply is operational to Bajaur and Munda grid stations.

The Bhan-Saeedabad area is being supplied with electricity from an alternative source. The Wara area is being provided power supply from the Qambar grid station.