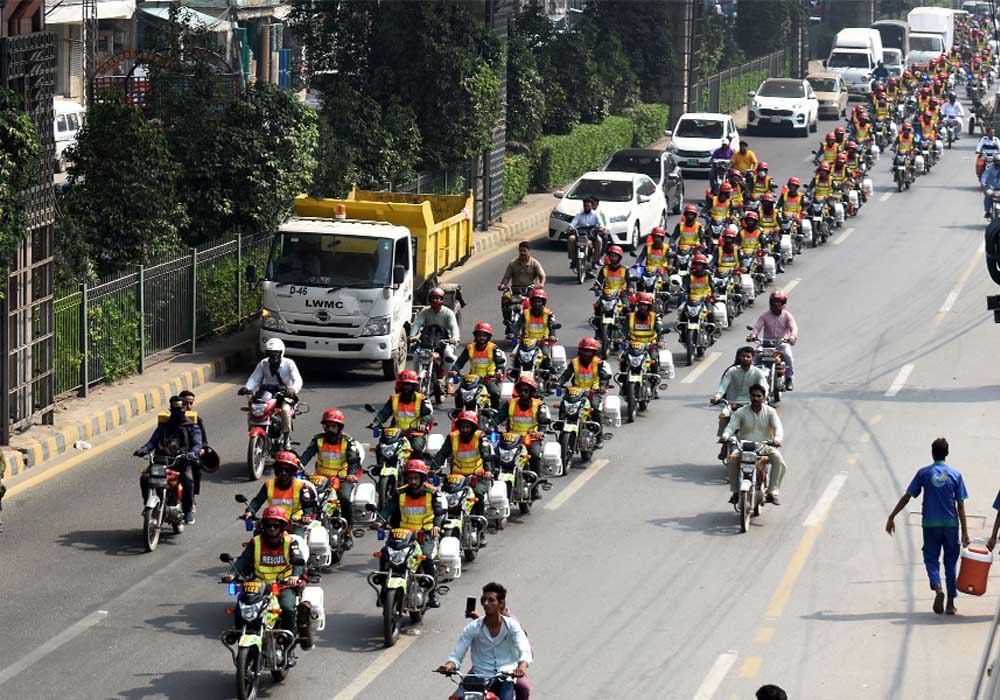 Punjab Chief Minister Chaudhry Parvez Elahi on Thursday inaugurated the Rescue 1122 motorbike service for all districts of the province.

Addressing a ceremony in this connection, the chief minister said that the provincial government would establish a modern driving licensing system, which would be recognized across the world.

He added that all major roads would have extra lanes for emergency vehicles. “Today, 1350 rescue motorbikes are being given across Punjab, while each district will get 50 rescue motorbikes. The response time of the motorbike emergency service will be four-five minutes,” he said, adding that rescuers can now provide emergency services to people in those areas, which would have been inaccessible due to narrow streets and lanes.  “There would be a motorcycle ambulance along with the ambulance van.”

He said that the government had approved a proposal to increase the risk allowance for Rescue 1122 employees. “During Covid-19 pandemic, Rescue 1122 exhibited an exemplary performance and buried unattended bodies.”

Later, the CM inspected life-saving equipment and handed over keys of motorbikes to emergency officers of Nankana Sahib, Sheikhupura and other districts.

The two sides discussed way to bolster bilateral ties. They also agreed to start work on the Mubarak Centre on Ferozepur Road in Lahore soon. 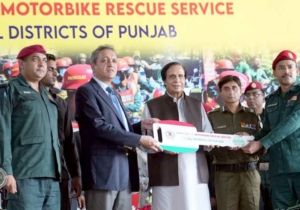 “We welcome the Dhabi Group’s investment in the Mubarak Centre and are deeply grateful to UAE Minister Sheikh Nahyan bin Mubarak Al Nahyan.”

Elahi mentioned that the government would expedite work on Mubarak Centre, which would increase commercial and economic activities. He asked the UAE investors to take advantage of immense opportunities for investment in Punjab. “We value UAE’s cooperation for the improvement of education, health and other sectors,” he stated.

The ambassador invited Elahi to visit the UAE and added that the Mubarak Center would promote cooperation between the two countries. “Pakistan is our second home. It is our duty to help flood victims.”

Also, the chief minister on Thursday condemned the gun attack on a police mobile in Rahim Yar Khan, leaving a constable martyred. The CM sought a report from the provincial police chief and directed an immediate arrest of the suspects. Moreover, the CM said that the best medical facilities should be provided to the injured policemen.