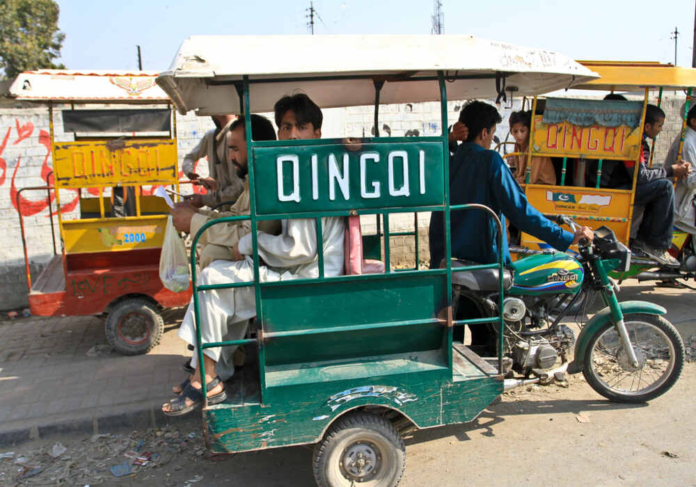 They alleged Traffic Sergeant Imdad Shikah demanded between Rs500 to 600 to enter the city. They said inflation and unemployment had already ruined their lives; hence, they could not pay him illegally to enter Larkana city to earn a livelihood.

Imdad Shaikh, on the other hand, said that the union leaders were blackmailing him as he was not at the post of traffic sergeant. He noted that some major roads had been made one way to ensure the smooth traffic flow for the past two years. Still, these chingchi drivers were constantly violating traffic rules, and most of them were riding without proper driving licenses and other essential documents.

Meanwhile, it was learnt that over 50,000 3-wheel motorcycle rickshaws and motorcycle loaders were operating in the Larkana district, most of them driven by inexperienced and child drivers who did not know traffic laws which caused tremendous hardships for the citizens apart from frequent accidents.

The Sindh Transport Department has written several letters to the SSPs in Sindh asking them not to allow these vehicles to ply on the roads as the court had already banned these. Still, no action had been taken as it was alleged that these were also a source of earnings for the traffic police. Road accidents and traffic jams due to careless driving had become common in every town of the province, due to which these 3-wheelers had been banned in Karachi, but they continue to operate elsewhere.

Former MRD convenor Hussain Bux Narejo, Syed Sikander Ali Shah Rashdi and others said that they had become a menace as they parked their vehicles wherever they like without considering that it would create problems for others. They noted that Naundero also regularly entered the bazaar, causing troubles for the womenfolk and children.

They said that bikers also took to the bazaar, and there seemed to be nobody to halt them, and traffic cops were only busy extracting money from them, which has created a havoc-like situation.

They demanded that the 3-wheelers be confined from farm to main roads only, and they should not be allowed to run on main roads.