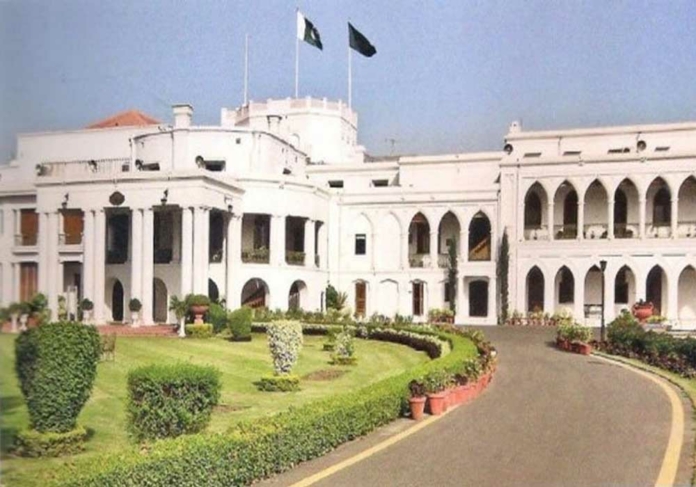 A civil judge has issued an arrest warrant for the Deputy Commissioner of District Vehari.

The arrest warrant for DC Safdar Hussain Virk was issued by Civil Judge Shams ul Mahmood. The Civil Judge ordered he be arrested and produced before his court in a degree case of Noor Ahmad versus the Punjab government. DC Virk was not available for his viewpoint. This is not the first time that a conflict has arisen between the judiciary and the civil administration. Earlier, a dispute arose between Assistant Commissioner Sahiwal District Sargodha Haider Raja and Civil Judge Muhammad Naeem, which made headlines in newspapers. The Civil Judge sent bailiffs and handcuffed the AC. Not only the revenue staff of the Sargodha district went on strike during this incident, but there was also a strike in some other tehsils. Apart from this, the All Pakistan Provincial Civil Service Association had also announced a strike against the conduct of the judicial officer.

The Chief Secretary of Punjab and Chief Justice of Lahore High Court took notice of the matter and formed an inquiry team which consisted of District and Sessions Judge and Deputy Commissioner Sargodha. When this newspaper spoke to various people in this regard, including people from the lawyers’ community, strange facts came to light.

A senior official of the Punjab government said that some judicial officers consider it their duty to insult junior officers only. He said that when the Punjab government had proposed increasing the allowance of the Chief Secretary and Inspector General of Police, the same for the Registrar of the Lahore High Court was also enhanced by the court itself. When the Punjab Finance Department raised an objection that the registrar was already drawing a judicial allowance. A very insulting letter was written in reply to the secretary of Finance. He said that when the government officials are not respected, how will the government writ be established? He demanded of the Chief Secretary of Punjab he should take notice of the issue and take up the matter with the Chief Justice of Lahore High Court. Second, a red line should be drawn somewhere so that institutions do not cross their authority.

Naseer Ahmed Advocate said on this issue that judges often misuse their powers. The officers should also review their behaviour. When his attention was drawn to the beating of judges in courts, and how scenes of Bollywood films were replicated in Pakistani courts, such as the scuffle between civil judge Haris Ali and advocate Tahir Javed, the lawyer slapped the judge. He said that some judges deserve the same. He said that in general, Pakistan’s judicial system welcomes unnecessary delaying tactics, and the lawyers’ community is the biggest tool in this regard.

When a District and Sessions Judge was interviewed in this regard, he said that judicial activism has badly affected the judicial structure. The powers of the lower judiciary are vested in the Bar Councils. The High Judiciary has all jurisdiction. He said that before taking extreme steps against the civil officers, the judges should also think about the responsibilities the officers are burdened with. He said that unfortunately in our judiciary, the summoning of high officials in the courts in a personal capacity is credited supreme, while this rarely happens in the rest of the world. He suggested that the judges should talk to the law officers. The summoning of the top officers in courts means the suffering of the visitors to their offices.

When human rights activist Muhammad Naeem was discussed in this regard, he said that in the Pakistani environment, the louder the person shouts, the more the chances of winning his case. He said that Pakistan has become famous for institutional battles.  This does not lead to the rule of law and the common man fails to get his rights. Sometimes the higher courts of Pakistan were attacked and sometimes they were called Kangaroo Courts. He said that there should be no criminal intimidation of a Civil Servant in the open courts.

He said that Pakistan’s judicial system has been questioned not only by international organizations but also by its own judge of the Supreme Court Qazi Faiz Esa. On the other hand, when there is no government writ, how will there be a rule of law? He said that when the anti-encroachment squad is attacked by the employees of a private housing society besides taking the assistant commissioner hostage. Apart from this, he severely criticized the behaviour of the officers as well. He referred to the letter written by the Woman Ombudsperson to the Chief Secretary of Punjab in which she discussed the behaviour and inefficiency of the DC Lahore.

Pakistan is currently trapped in the worst political, social, economic and administrative vortex from which the only way out is to focus on systematic reforms. If the institutions keep on fighting each other, who will solve the problems of the common man? Both the Institutions of state should maintain a working relationship with each other so as not to harm one another. If it doesn’t happen, mafias rise up and then the state can’t do anything to crush them, he feared. Finally, it may be suggested here that the government should separate both the administrative and revenue services to avoid such incidents in the future.