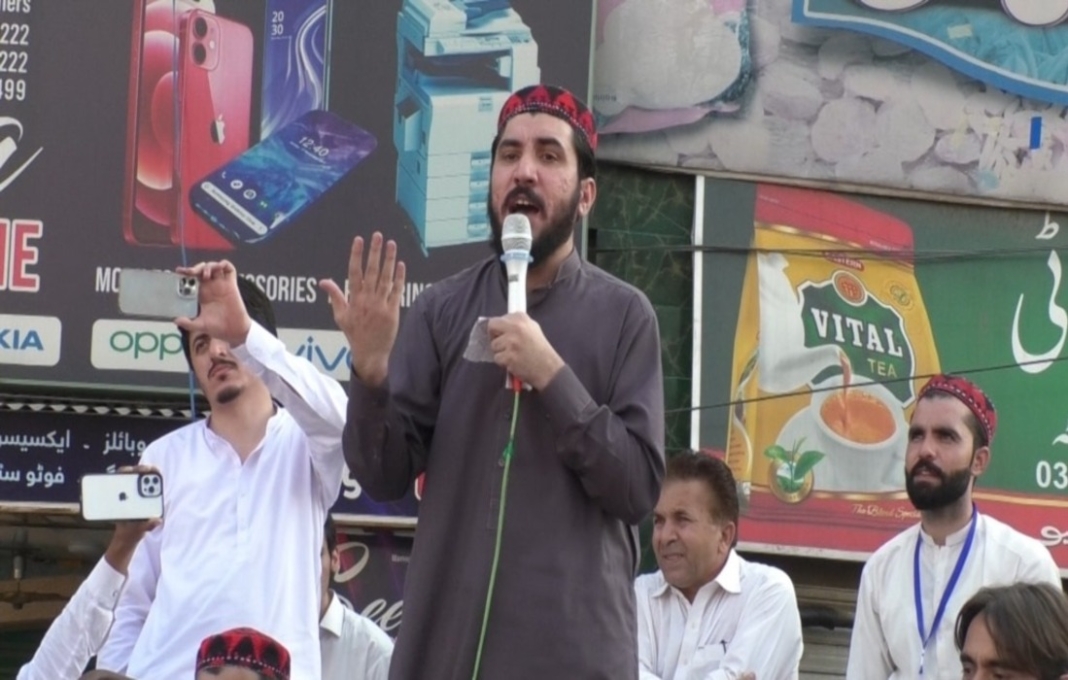 Leader of a Pashtun rights group, Manzoor Pashteen, has questioned how Taliban militants who had been unable to enter Swat for the past ten years could now easily enter.

On Friday, he raised this question while addressing a demonstration held by the local youth in Mata Chowk, Swat.

Manzoor Pashteen, who leads Pashtun Tahaffuz Movement, asked the government to establish security in Swat to reveal the perpetrators and attackers to the public. He also said that the entire Pashtun community stands with the people of Swat.

“These unknown people should be expelled from this area. We want peace here. These national leaders, politicians, and young people involved in the Swat uprising want peace in this area, and the people of Swat should not feel alone. All the Pashtuns are standing with them,” he said.

Speaking at the demonstration, leader of the Awami National Party, Muhammad Salim Khan, said that people are asking the government to strengthen security.

He stated, “Our powerful circles have the power to restore peace here and stop the armed men. That’s why we came out, and we request that you create such conditions here so that people can live peacefully.”

Earlier, the people of Swat held similar demonstrations in Mingora, Kabal, and Khawa Khel in the name of a people’s uprising to demand peace.

The demonstrations of the people’s uprising started after the armed attacks on the police, military soldiers, and national leaders in Swat.

While addressing a Jirga in Swat on September 24, DIG Zeeshan Asghar said that three divisions of the army have arrived in Swat to maintain security.

He said that the militants have been confined to some areas of the Swat mountains, and those areas will be cleared within a few weeks.