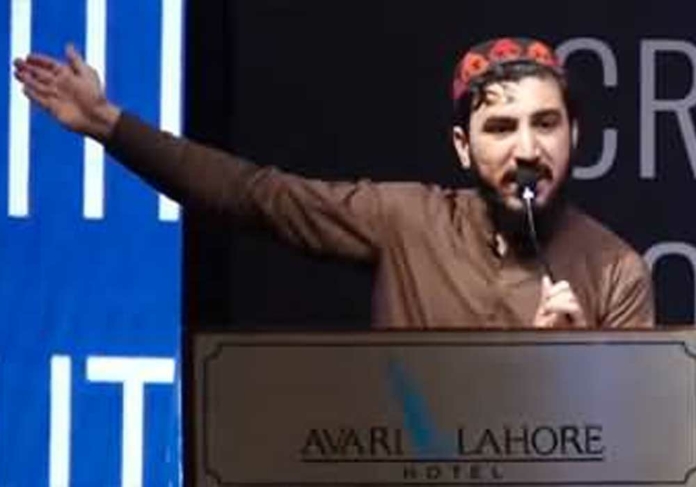 Manzoor Pashteen, the leader of the Pashtun Tahafuz Movement, has been booked for terrorism and sedition against the state by Lahore police.

According to the text of the registered FIR, charges of terrorism, sedition, and incitement against institutions have been added against Pashteen.

Manzoor Pashteen gave a speech against ‘state oppression’ at the Asma Jahangir Conference held in Lahore’s Avari hotel over the weekend.

The case has been registered by a citizen named Naeem Mirza under the Anti-Terrorism Act 1997-11-X at Civil Lines police station.

The complainant claims that he was at the Avari Hotel in Lahore to attend the Asma Jahangir Conference where Manzoor Pashteen “unjustly criticized state officials and commanders during his speech”.

The FIR further stated that Pashteen urged the public to rebel against state and military.

According to the FIR, Pashteen criticized national security agencies without justification.

Naeem Mirza went on to say that Pashteen fueled racial prejudice, and threatened the entire state and that he should be held accountable for what he said.