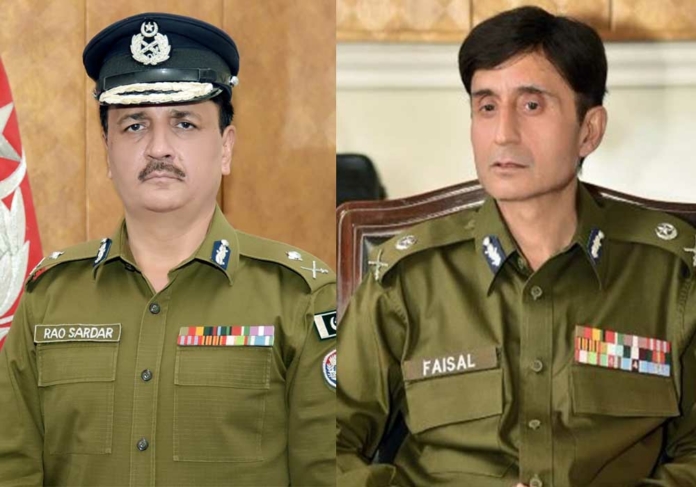 After former Inspector General of Police Rao Sardar Ali Khan, his successor, Faisal Shahkar, has also given up on working with the Punjab government.

In view of the attack on the PTI long march many party workers including PTI vice chairman Shah Mehmood Qureshi had been demanding of the party leadership to remove the IG. He had also developed differences with CM Elahi on postings of police officers. Moreover, PTI people have also questioned the role of CM Elahi’s government in the video recording of the arrested suspect. It is also true that IGP Shahkar, with an outstanding career, was selected as a policy advisor to the UN peace mission.

The administrative and political crisis in Punjab may deepen as one senior officer after another refuses to work with the provincial government. Chief Secretary of Punjab Kamran Ali Afzal has already written to the federal government that he cannot continue working with the Punjab government, so his services should be withdrawn. Instead of appointing a new chief secretary, the federal government directed him to continue. He went however on leave. Yesterday, his other month of leave was over, the Punjab government directed the current CS Abdullah Khan Sumbal. This temporary arrangement has been in place since mid-September.

Since the appointment of the Chief Secretary and Inspector General is at the discretion of the federal government, and different political parties are in power, there is no agreement among them as to who should be appointed to the highest positions. The federal government should post Abdullah Khan Sumbal as the permanent chief secretary of Punjab by promoting him to grade 22 so that he can fulfil his administrative responsibilities with a full heart. But it is not being done deliberately as various analysts say.

“They continue to enjoy perks, privileges and protocol at the cost of provincial taxpayers’ money” they termed. “It is the time to establish a Provincial Police Service through the Punjab Public Service Commission on the pattern of Provincial Management Service (PMS)” they suggested adding it is a long-standing demand of the Punjab Police as well. Moreover, there are the provincial Board of Revenue and Punjab revenue authority.

Sources in the Central Police Office said Punjab may suffer another setback as another IGP Shahkar has also conveyed to the federal government to withdraw his services as top cop. Capital City Police Officer Ghulam Mehmood Dogar has already been suspended by the federal government. They were warned many times before to report to the federal government but they did not do so. After the murderous attack on Imran Khan’s long march in Punjab, there is also intense pressure on the police to lodge and not file FIRs. Former Interior Minister Punjab Hashim Dogar also openly expressed why he was helpless in certain matters. He was removed and the former governor of Punjab Umar Cheema was appointed as the provincial adviser on the interior.

It should be noted that PTI Chairman Imran Khan has named a senior army officer in the FIR besides the Prime Minister and Interior Minister. An Additional Inspector General of Police, on the condition of anonymity, said that a senior police officer, Sardar Muhammad Ch, who was the head of the Special Branch at that time, was also removed by the federal government of the Peoples party because he had become subservient to a political party. When the tug-of-war between Nawaz Sharif and Muhammad Khan Junejo for the party presidency was going on, Sardar Ch was accused of manipulating the meeting of the Central Executive Party by the special branch for the party presidency in which Junejo was in the majority. Later, when the Nawaz Sharif government came into power, it appointed Sardar Muhammad Ch as the IG Punjab Police in exchange for his political services.

A DIG who has been exiled from Punjab said that the civil administration of Punjab has already become a servant of politicians. He said that the provincial and Federal governments should resolve the issue. The Establishment Division should notify permanent CS and IGP from amongst the panel Punjab sends. As the PTI chairman once again announced to start a long march the police should have its chief. Otherwise, service delivery and security would further be at stake in Punjab, he feared.