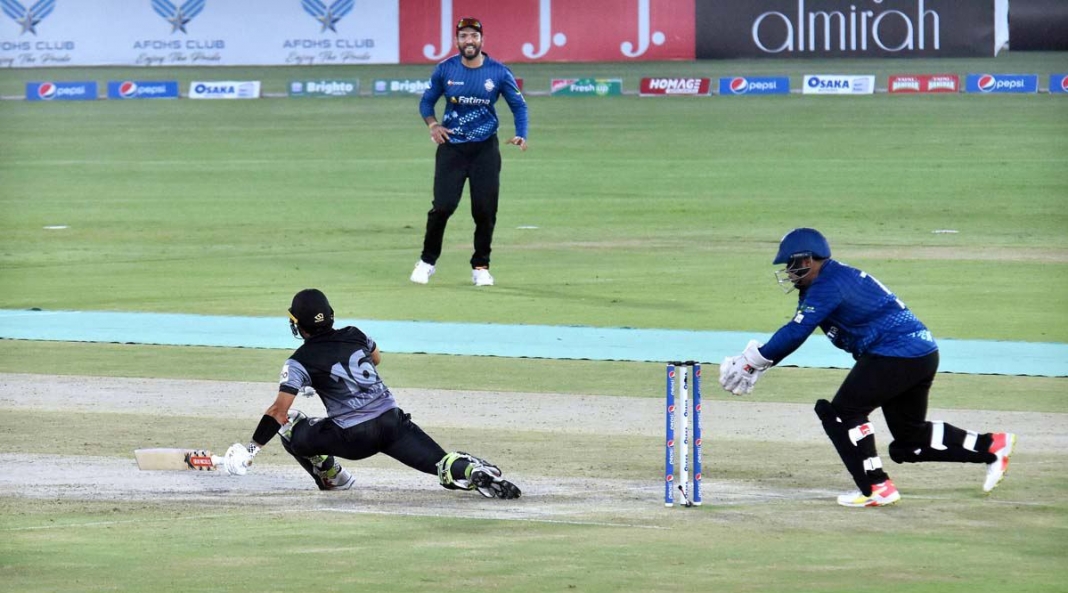 Khyber Pakhtunkhwa demonstrated they were the team to beat in the National T20 when they defeated Southern Punjab by seven wickets in the sixth round of the tournament on Saturday at the Pindi Cricket Stadium.

In daylight, the quick bowlers of Khyber Pakhtunkhwa shared nine wickets to dismiss Southern Punjab for 152 in 19.4 overs. Mohammad Rizwan and Sahibzada Farhan put on a 136-run second-wicket stand under the lights to help the reigning champions win with two balls to spare.

The result handed Khyber Pakhtunkhwa their second win in a row, while Southern Punjab remained winless after two games. On 10 October, the two teams will face again at the Gaddafi Stadium. After Naseem Shah trapped Fakhar Zaman in front of the stumps for four runs, Farhan joined Rizwan. Both batters were out on consecutive deliveries, but only 13 runs were needed off 17 balls, including six in the last over, which Adil Amin and Iftikhar Ahmed did without being separated.

Earlier, Imran Khan Snr, Shaheen Shah Afridi and Mohammad Wasim combined to bowl out Southern Punjab for 152. Only a fighting and impressive 54 by Imran Randhawa and a rapid 14-ball 25 by Hassan Khan saved Southern Punjab’s blushes.

Imran returned figures of 3.4-0-28-4, while Shaheen had figures of 4-0-34-3. Wasim picked up two wickets for 32 runs and Asif Afridi claimed the other wicket.
Imran Randhawa’s maiden half-century off 46 balls included seven fours and a six, while Hassan hit four fours.