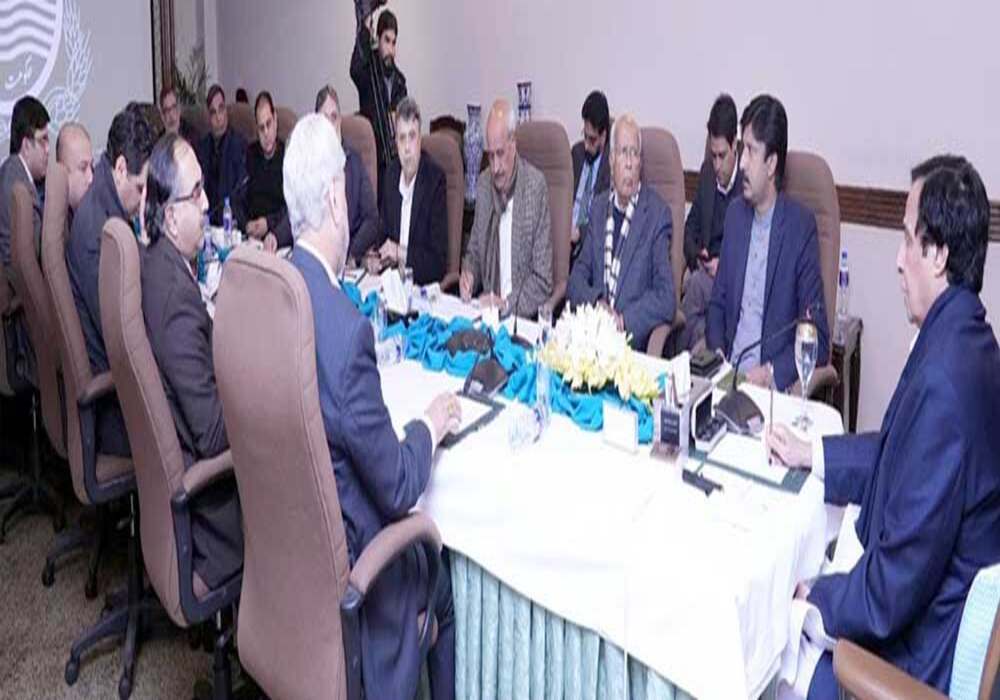 The CM mentioned that a record reduction of Rs100 billion had been made in the wheat procurement-related debt of the provincial government. This would help in the next wheat procurement drive. Subsidies will be given to the common man through Ehsaas Program so that all and sundry could benefit from it. The farmers will be able to make immediate payments through the Punjab government’s “Go Punjab App” and they will not face any problems.

The CM noted that the daily wheat quota has been increased to 23 thousand metric tons so that cheap flour is within the reach of everyone. Talking about the poultry industry, the chief minister said that the trial of the best seed has been started to overcome the soybean shortage; in one year, all the local requirements of soybean will be met from Punjab. A targeted subsidy was being given through Punjab Ehsaas Program to provide cheap-priced wheat to the people. The Punjab government has already ensured the supply of flour at cheap prices to deserving people through Ehsaas Program, he added. One can join the Ehsaas program through a CNIC card number to get a targeted subsidy on flour. He said that the subsidized bazaar was an excuse for looting by PML-N as people were not given real relief through targeted subsidies.

It may be mentioned here that Parvez Elahi-led provincial government has set a new record by utilizing Rs.249 billion in the first six months of the current fiscal year. This has been made possible due to good governance and effective monitoring of development projects.

During this period, Rs.89 billion more was spent under the annual development program than in the previous financial year. Rs160 billion was used under ADP during the first six months of the previous fiscal year.

The CM has expressed satisfaction with the speed of ADP funds’ utilization and appreciated the performance of Chief Secretary Abdullah Sumbal, Chairman P&D Board Wasif Khurshid and their teams. He has termed it an important achievement and hoped that the provincial government would set a record for the maximum utilization of development funds. The timely utilization of funds would ensure the completion of projects within their timeframes to ensure that the people could benefit from the fruits of development, he added.

Meanwhile, Provincial Minister Sardar Hasnain Bahadur Dreshak called on Chief Minister Punjab Chaudhry Parvez Elahi at his office and thanked the CM for giving a district status to Jampur. You have fulfilled our long-standing demand by giving tehsil status to Dajal and Muhammadpur. You have won our hearts and this would be remembered always; he said and invited Chief Minister Parvez Elahi to visit Jampur.

The CM said that Jampur has been given district status at the request of politicians and the people. There would be sustainable development and new job opportunities would also be created. The service delivery process will be improved in Jampur, Mohammadpur and Dajal areas, he concluded. Provincial Advisor Aamir Saeed Raan was also present.