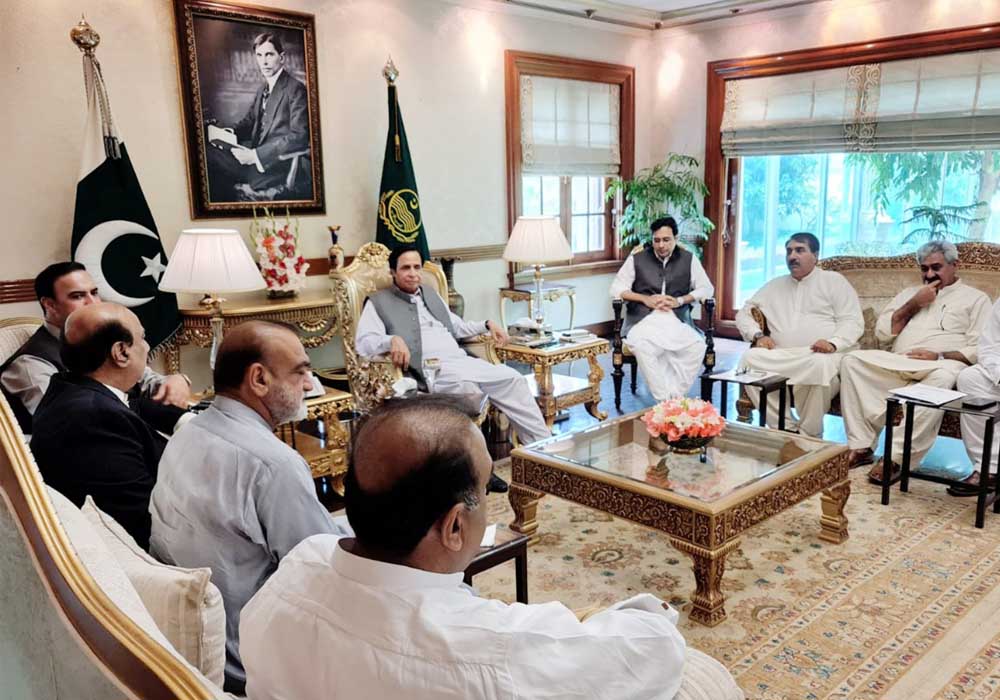 Speaking on this occasion, the CM said that the entire machinery of the Punjab government is busy helping the flood victims. “On my instructions, Chief Secretary Kamran Afzal is also monitoring the rescue and relief operations in the affected areas,” he announced and grieved over the loss of life and property in Taunsa, DG Khan and Rajanpur areas. The government would arrange every available resource and philanthropists should also come forward to help the people in need, he said.

It is not possible to describe the catastrophe in words; he added and vowed to do whatever is humanly possible. ‘I have ordered a survey to rectify the damages as rehabilitation of flood victims is a governmental priority,’ he said. The Punjab government stands with the victims in their time of need and would not sit idle till the complete resettlement of the victims is not done, the CM added. Everyone affected by the flood would be given their right and we will come out of this challenge; he reiterated and appreciated the cooperation of the Pakistan Army in relief activities.

Pakistan Army is a proud institution which also takes the lead in helping people in emergencies. Army jawans have participated in relief activities along with civil administration, he mentioned and noted that be it an earthquake, flood or any other sudden calamity, Pakistan Army has always come up to the expectations of the nation in every hour of trial. “They have extended timely help to ensure safe evacuations and I am thankful to Corps Commander Multan as numerous lives were saved due to the support of the Pakistan Army, the CM concluded.

Separately, Naeemuddin Waraich, a PTI ticket-holder from NA-171 in Bahawalpur called on Chief Minister Elahi along with Gujrat-based industrialist Chaudhry Ejaz Ahmad Waraich. The CM vowed to carry out intensive development work in every constituency including Bahawalpur. A Rescue 1122 center will be established in Khairpur Tamewali tehsil along with improvement in civic amenities; he told and announced upgrading schools as well. The incumbent government would perform such works that the people may remember like the reforms of my first tenure, said Parvez Elahi.

This government would not indulge in the politics of revenge like N-League as PML-Q has always promoted positive political norms in society, he highlighted. The people know who did the work and who took revenge. ‘We are convinced of tolerance and respect in politics,’ he added.

Chairman PTI Imran Khan is the most popular leader of Pakistan. Parvez Elahi said, ‘we are with Imran Khan and would continue to support him. Punjab would be transformed into an ideal province according to Imran Khan’s vision.’ The government was engaged in doing everything that could give relief to the common man; he said and noted that urgent measures have been initiated to improve the standard of life. Instead of a one-man show, I took the whole team along for composite development; concluded the CM.

Naeemuddin Waraich noted that the reforms of the Parvez Elahi-led government have become an example for the people while his previous tenure was a period of record development and he started public welfare works as soon as he came into power. Also, Chief Minister Elahi expressed grief over the death of three members of a family of Mandi Bahauddin who lost their lives when their boat foundered off while they were trying to go to Italy. He has directed that indiscriminate legal action should be taken against the human smugglers involved in illegally sending them to Italy. He also expressed a deep sense of sorrow and grief over the loss of lives due to the overturning of a car near Khanqah Dogran and sought a report from the administration while extending sympathies to the bereaved heirs.