Yashwant Shinde exposes political motives and certain personalities of VHP, RSS, Bajrang Dal who are behind terrorist activities across India 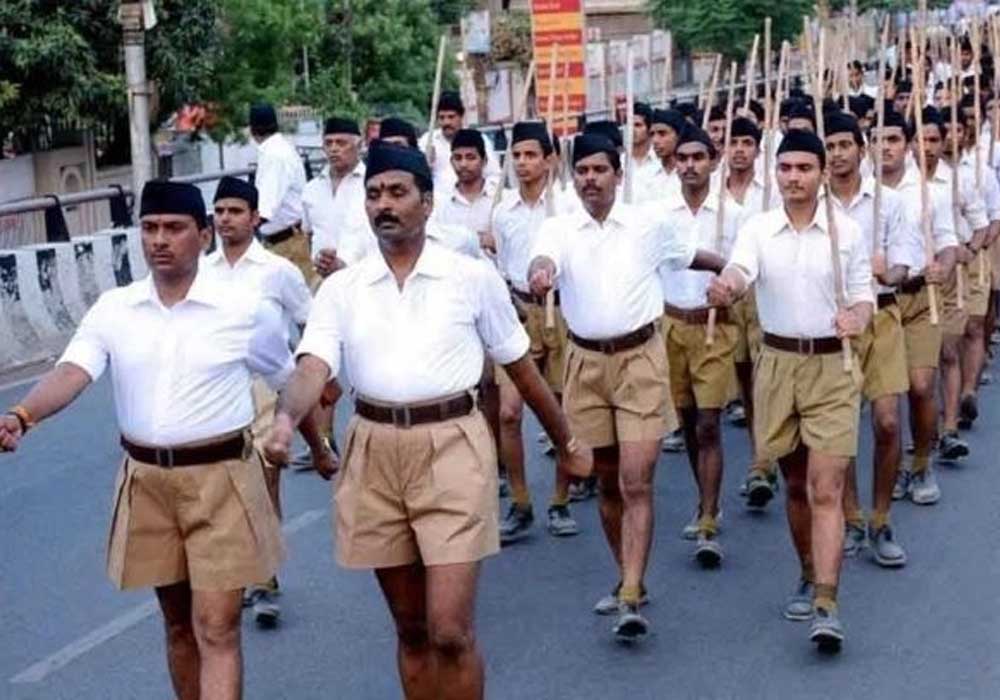 Yashwant Sahadev Shinde, a 49-year-old zealot and worker of Vishwa Hindu Parishad (VHP), Rashtriya Swayamsevak Sangh (RSS) and Bajrang Dal, has confessed to getting terrorist training, besides exposing political motives and certain personalities of these parties who were behind terrorist activities across India.

In his confessional statement for becoming party to the case before a district and sessions judge, Nanded district, Maharashtra, the former RSS terrorist said he was associated with the organisations since 1990 (he was almost 18 years old at that time) and admitted to have received preliminary training class of RSS in 1994, and then completing the second level RSS training in Chandigarh.

In 2014, he said, since the Bharatiya Janata Party (BJP) captured power in the Centre, it had resulted into the sudden activation of all underground destructive forces belonging to Vishwa Hindu Parishad and RSS.

The applicant could see that the same people were behind terrorist, anti-constitutional activities in West Bengal, Indian Illegally Occupied Jammu and Kashmir, Uttar Pradesh, etc and were deliberately trying to create a distrustful and fearful atmosphere throughout the country.

After going through different experiences, he said he came to the conclusion that the senior leaders of the RSS and VHP tacitly supported terrorist activities and that after the BJP government came to power in 2014, they had been further encouraged and were assiduously engaged in such activities.

Yashwant Sahadev Shinde said that Hindus, in general, were not of terrorist tendencies, but some Hindu organisations like RSS, VHP, Bajrang Dal are definitely engaged in terrorist activities for the political gains of the BJP.

He said that in the past, he had visited IIOJK during 1994 where he met with Himgiri Prant Pracharak (local campaigner) of RSS Indresh Kumar and was appointed ‘vistarak’ (expander) in the areas near the border with Pakistan.

During 1995, he attended a meeting called by former IIOJK chief minister Dr Farooq Abdullah, and had hit him on the face after getting annoyed by one of the statements of Dr Abdullah, which he thought was antinational.

He said he was immediately arrested and taken to Rajouri Police Station, from where he was handed over to Terrorism Interrogation Branch of Jammu for further interrogation.

Though arrested, he was released after 12 days. Later, he was rearrested under the Public Safety Act, leading to a trial and his acquittal in 1998.

Narrating his accounts, he further said that during 2003, he met members of RSS in South Mumbai who informed him that they were conducting a three-day bomb-making camp in Singhad in Pune to cause bomb blasts throughout the country and was asked to carry out such activities.

About 20 youths from Aurangabad, Jalgaon, Nanded, etc districts of Maharashtra were present for the training, said in his application, adding that Milind Paranade was the mastermind and the main organiser of the camp.

The training was imparted by one called Mithun Chakravarty, whose real name was Ravi Dev, an activist of Bajrang Dal.

The applicant also named Himanshu Panse who caused three blasts in Marathwada region of Maharashtra and had plans to cause a major blast in the main mosque of Aurangabad, but while making a bomb he lost his life in Nanded in 2006.

He said that he had contacts with ‘Garjana’ in Maharashtra, with ‘Hindu Yuva Chhatra Parishad’ in IIOJK, Punjab, Haryana, Assam and Utter Pradesh, with ‘Shri Ram Sena’ in Karnataka and with senior leaders like Tapan Ghosh in West Bengal.

If he wanted, he could have caused 500-600 bomb blasts, but he sabotaged the destructive plan of RSS and BJP and saved the lives of many innocent Hindus, Muslims and Christians, he added.

In his application, Yashwant Shinde said the incidents mentioned in the petition could be verified from the Indian government’s record or from the news reports of the relevant period, and that he was ready to be confronted with leaders and other persons mentioned by him in the petition. He also offered to give evidence in the court in this regard.