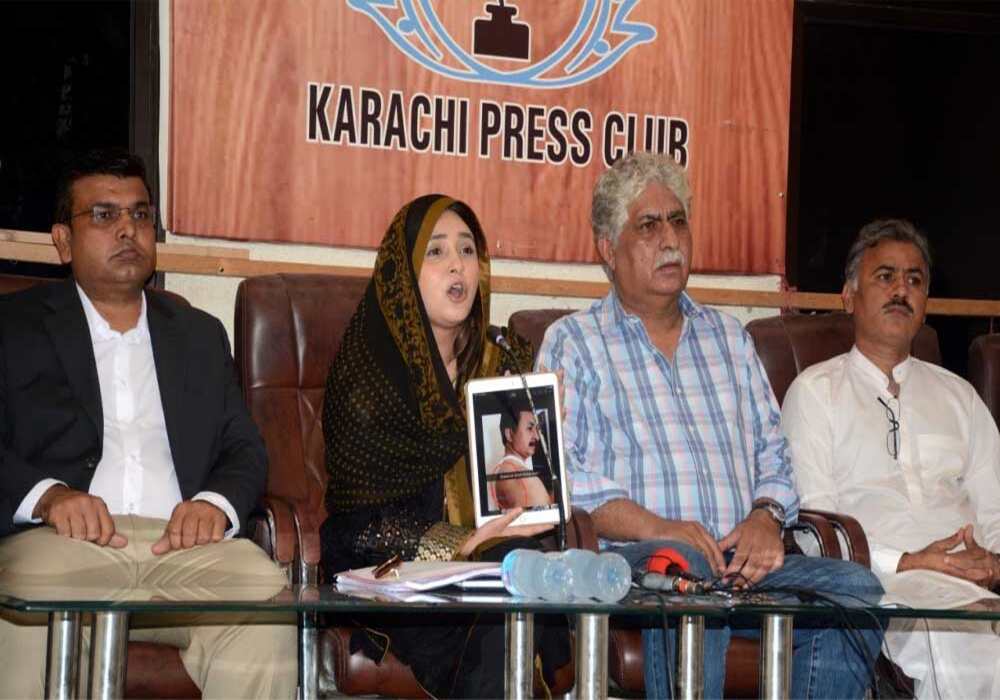 Addressing a press conference at the Karachi Press Club (KPC) on Sunday, Ayesha said that the people of Sindh, mothers and daughters are calling out Haleem Adil Sheikh. She said Haleem Adil is languishing in jail for raising his voice for the people of Sindh and has been bravely facing more than 36 false cases registered against him. PTI lawyers wing leaders advocate Abdul Wahab Baloch, advocate Malik Altaf and advocate Mumtaz Gopang were also present at the press conference. Ayesha claimed that every sort of false case was registered against his father.

She said that there was not a single department in Sindh that was not used in fake cases against Haleem Adil. She said that this is why her father used to expose corruption in every department of the Sindh government. He would ask the question about the relation between Asif Zardari and Omni Group. She said that currently Sindh is inundated because Irrigation Department was corrupt. The government, she claimed, started a vendetta against Haleem when he staged a protest rally for the peasants of Sindh on January 4, 2018.

He was arrested and tortured and booked in anti-terrorism cases when he visited Ghotki in connection with the by-election, Ayesha said, adding he was attacked in Kunri town of Umerkot district and also booked in a fake case. She said their lawyers pleaded those cases and the courts declared them false. She said Haleem’s family was harassed and intimidated by the rulers in Sindh to keep them, mum. Ayesha further claimed that her father was arrested and an attack was carried out on him in jail and his leg got injured and a rod was fitted into it.

She said Haleem Adil was not feeling well and the court had ordered to give him a B Class. She said they did not demand any favour for Haleem Adil but the facilities under the law should be given to him like other political prisoners. The lawyers of Haleem Adil said they were fighting cases and soon Haleem Adil would be freed and he would go to the rain-hit masses to facilitate them and raise voices for them.