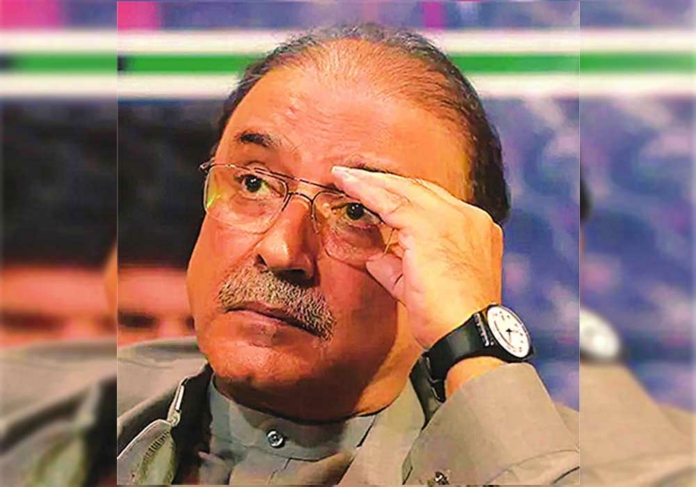 Almost entire Sindh province on Saturday remained abuzz with rumours and comments after some ‘planted media stories’ created a heated debate on social media among people from different walks of life who are taking a keen interest in the evolving political situations of the country.

The day began with some media reports reportedly planted by some journalists considered to be close to PPP leaders like Sindh Minister for Local Government Syed Nasir Hussain Shah that the meeting between former president Asif Ali Zardari and Chief of Grand Democratic Alliance (GDA) Pir Sibghatullah Shah Rashdi, better known as Pir Pagaro, was fixed within the next few days.

The media reports added that all “homework” for the expected political gathering between two important political stakeholders in Sindh was almost on the anvil after many influential figures, including new Sindh Governor Mohammad Kamran Tessori, who was once close to Pir Sahib, had played his role to request both heavyweights to sit and sort out things for future political setup in Sindh, especially considering the uncertain political situations in the country amidst the ongoing Azadi March launched by Imran Khan.

Following the media reports on some TV channels and massive comments by people of different political parties and political pundits on social media sites, this reporter contacted leaders and supporters of both political parties.

Those associated with GDA or Pakistan Muslim League-Functional headed by Pir Pagaro termed it another gimmick by some PPP leaders to fish in muddied political waters at a time when the country was plunged into uncertainty and unending tug-of-war among powerful quarters based in Islamabad, Rawalpindi and Lahore.

Those associated with the ruling PPP in Sindh and their supporters termed the media reports the starting of ice-melting due to the shrewdness of their political boss. They claimed that Zardari, considered the king of reconciliation, would soon meet his old friend and convince him to join hands with him to run the affairs of Sindh in the best interests of the country. They said that Pir Sahib, after the alleged failure of ‘former’ ally and PTI chairman Imran Khan to give any importance to his allies, especially the GDA, had showed his willingness to join hands with Zardari. They said many matters had already been discussed by those who had played their role when Pir Sahib spent many weeks at his hometown Pir Jo Goth in Khairpur district during the devastating floods.

A key leader of GDA, who wished not to be named, told MinuteMirror that it was totally premature to talk about any possible alliance between Zardari and chief of their alliance. He claimed that if Pir Sahib would meet and join hands with Zardari, he would have to take the key leaders of GDA, including Mirzas of Badin, Mahars of both Ghotki and Shikarpur, Jatoi brothers of Naushahro Feroze and some keys leaders, into confidence, who had reposed their trust and started their political activates under the GDA before the general elections in2018. “It will be another blow to people like Dr Zulfiqar Mirza, Ali Gohar Mahar, Gkous Bux Mahar, Ghulam Murtaza Jatoi, Irfanullah Marwat and some others, who might find any place in the PPP or joint alliance due to their serious differences with Zardari.

Independent political analysts who keep watch on the political situation in Sindh claimed that there might some truth in the media reports which suddenly appeared on TV channels, adding that journalists might have been given information by those making efforts for the political patch-up between two heavyweights. They believed that Pir Sahib, whose PML-F has only six seats in the Sindh Assembly, an MNA and a senator, would not easily agree to join hands with the PPP without solid guarantees even if both leaders sat to chalk out future plans to do politics in Sindh.

They said that a solo flight of Pir Sahib would further damage the GDA and it would stand dissolved. Some other believed that the PPP leaders threw the feeler out through the media knowing that the PTI chairman – soon after his long march – had already decided to spend more time in Sindh ahead of general elections to canvass for his party with the new team members mostly from interior parts of Sindh. They, however, believed that the next few days would be very crucial for the politics of Sindh as well, especially when Sindh Governor Kamran Tessori had already jumped into political arena with a pledge to put together disappointed MQM-P leadership and to extend his role to some other parties as well as his contacts with some dissidents from the PTI in the port city.

Despite, repeated attempts, the media managers of both the PPP and the PML-F could not be reached to comment on the reports and subsequent hype created on social media sites.