Rupee depreciates with minor loss for eighth session in row 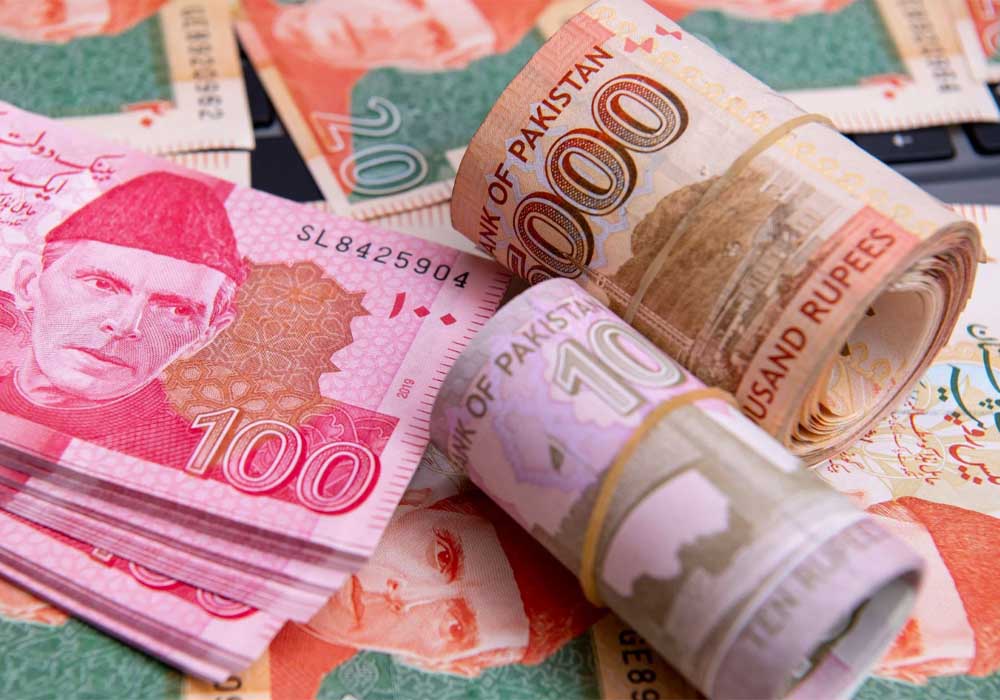 The Pakistani rupee depreciated 0.02 percent in the inter-bank market on Thursday ending at 226.41 with a minor loss versus the US dollar for the eighth session in a row.

According to the State Bank of Pakistan (SBP) the rupee fell by Rs0.04 versus the dollar to settle at 226.41. During the current calendar year the rupee has lost around 22.1 percent of its value versus the US dollar.

The rupee had lost value against the dollar for the seventh straight day on Wednesday after falling by Rs0.22 or 0.1 percent to finish at 226.37.

A growing disparity between interbank and open market currency rates has alarmed economists who have blamed it on ongoing political unrest as well as unrestricted dollar smuggling to Afghanistan.

Earlier Dr. Hafeez Pasha, a former finance minister, encouraged the government to reassess the trade deal with Afghanistan since the rupee was being used to buy dollars. He also emphasized the importance of restarting the International Monetary Fund (IMF) program as soon as possible.

Internationally the dollar stabilized on Thursday after rising overnight on the back of rising long-end US Treasury rates as initial excitement about China’s reopening faded.

The two-year Treasury yield which generally moves in lockstep with forecasts for interest rates dropped over night due to the uncertainty surrounding the future for the global economy and growing concerns of a US recession. The previous value was 4.3512 percent.

The US dollar index, measured against a basket of currencies, remained steady at 104.28. while on the other side the oil prices fell on Thursday as rising Covid cases in China dashed expectations of a rebound in the world’s top crude oil importer’s fuel consumption.