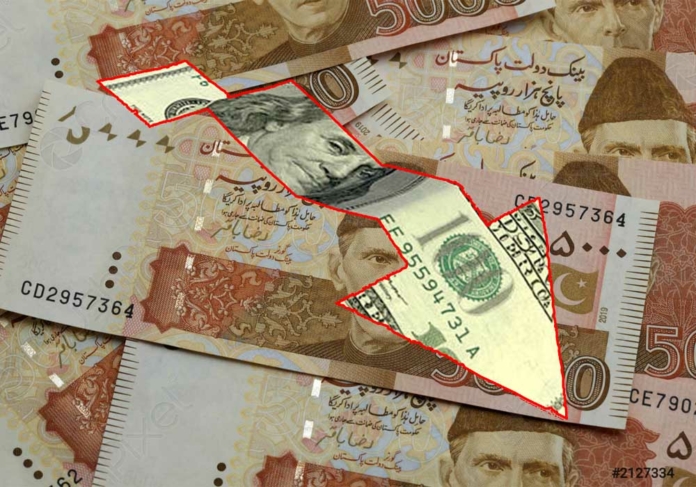 The rupee continued to show recovery in the interbank market on Monday, extending its gains against the dollar by Rs1.95.

According to the Forex Association of Pakistan (FAP), the dollar was being traded at Rs217.70 around 12:30pm, with the rupee appreciating Rs2.22, or one per cent, against the last session’s close of Rs219.92.

According to the State Bank of Pakistan, it eventually closed at Rs217.97 – up by Rs1.95 from the last session’s close or 0.89pc. FAP Chairperson Malik Bostan attributed the rupee’s gains to exporters “bringing their proceeds into the country at a rapid pace”. This, he explained, was causing a decline in the dollar’s demand. He also called for the dismissal of higher-ups at banks involved in the manipulation of the exchange rate and suggested that heavy fines be imposed on such banks.

“The record of their transactions should be checked and a fine of double the amount of profit they have earned should be imposed so that satta bazi (speculation) can be prevented in the future,” he said. Moreover, the FAP chairperson foresaw the rupee making further gains in the future, expecting the interest rate to remain stable or reduce. The State Bank of Pakistan on Monday decided to keep the policy rate unchanged at 15 per cent.

This was the first monetary policy since the appointment of Ishaq Dar as the country’s new finance czar last month and Jameel Ahmed as the central bank’s new governor in August.

According to a report, the financial sector was not expecting any change in the interest rate given unprecedented inflationary pressures.

When Mettis Global Director Saad bin Naseer was asked about the rupee’s appreciation, he had similar insights as Bostan. “Since the PKR is appreciating, importers are delaying the payment and exporters are in a rush to realise forward proceeds,” he said. Muhammad Faisal of Tresmark, a terminal that tracks the global currency market, predicted that “we [will] continue to see the rupee strengthen to the level of Rs210 per dollar”.

“While the momentum could take USD lower, to Rs200, anything below Rs210 will start hurting exports substantially,” he warned, adding that giving a free subsidy to importers through cheap dollars would add to the country’s economic woes.

“So while the rupee can be shepherded to Rs200 level, economically, it may not be viable, especially against the backdrop of regional currencies making all-time lows,” he explained.

Days after Dar was appointed the finance minister, he said the “actual value of the Pakistani rupee is less than 200 against the dollar” and vowed to bring it down.

Last week, he also insisted that the rupee’s appreciation had occurred without him even doing anything.

“I want to clarify that I can genuinely prove that its (dollar) actual value is below Rs200,” he said during a media talk on October 6.

In his previous stint as the finance czar from 2013 to 2017, Dar used the central bank to pump dollars into the market with the aim to keep the greenback’s value artificially around Rs90.