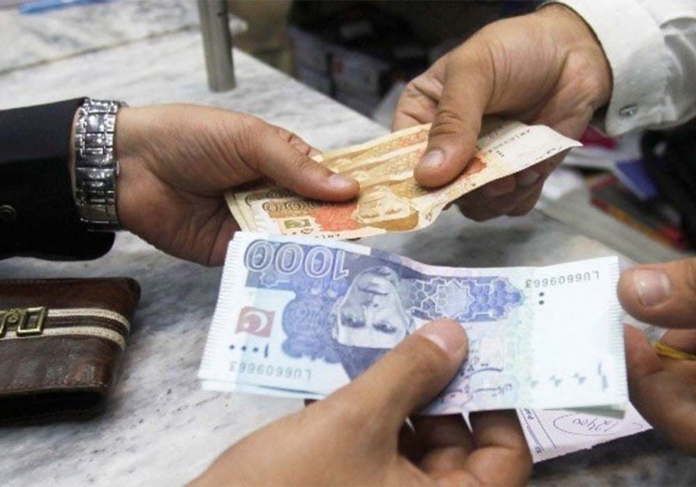 The rupee has posted a consecutive sixth session decline in its value against the US dollar as the local currency has depreciated to Rs220.88 per dollar.

According to the State Bank of Pakistan (SBP), the rupee has depreciated by 0.53 percent or by Rs1.17 on Wednesday against its closing value of Rs219.71 on Tuesday.

Hence, during the last six consecutive sessions, the local currency has dropped down by 1.4 percent or Rs3.09.

The market experts have said that the rupee’s weakness could be attributed to dwindling reserves combined with absence of confirmations of foreign inflows.

Experts have said that continuous erosion of foreign reserves have been mainly behind the fall of the rupee. The reserves had reached to a three-year low on October 7. According to them, strong appetite for dollars would keep the rupee under pressure.

Economic experts have also named reduction in remittances and reserves along with Moody’s rating cut as key factors affecting the rupee.

According to Finance Minister Ishaq Dar, the rupee has been heavily undervalued due to speculation. Dar has said that some market players have been responsible for undervalued rupee.

On the other side, the greenback has been close to a 32-year peak versus Yen. The dollar index has edged up to 112.01.

Oil prices have been a key determinant of currency parity. The prices rose slowly on Wednesday while falling US crude stocks and a generally undersupplied market were observed.