Rupee recovers by Rs2.63 against dollar in interbank 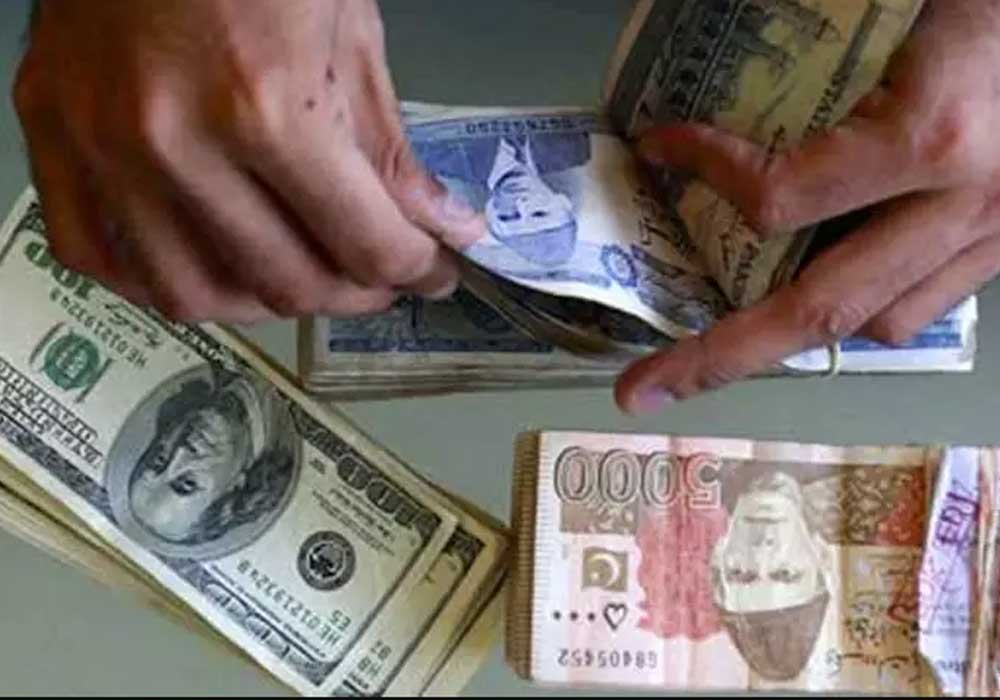 The Pakistani rupee recovered strongly against the dollar in the interbank market on Monday, gaining Rs2.63.

The rupee closed at Rs237.02 per dollar, according to the State Bank of Pakistan (SBP). This equates to an appreciation of 1.11 per cent from Friday’s close of Rs239.65.

Saad bin Naseer, director of financial data and analytics portal Mettis Global, said the rupee’s recovery was a “sentimental reaction” to news that Pakistan Muslim League-Nawaz (PML-N) leader Ishaq Dar had returned to Pakistan to take over as finance minister.

“Dar was infamous for keeping exchange rate parity managed during the last time he was serving as the country’s finance minister. However, the recovery may be short-lived, as the dollar continues to strengthen in the international markets and Pakistan’s funding needs remain unmet.”

Meanwhile, Forex Association of Pakistan (FAP) Chairman Malik Bostan said the primary reason for the rupee’s gain was a decline in international crude oil prices, which had led to expectations of a dip in the import bill, and consequently, the trade deficit.

He said the news of Dar’s return also helped strengthen the rupee. “Dar kept the dollar’s rate fixed at Rs90 for a long time in the past … I expect speculation in the interbank market will be stopped [once Dar becomes the minister] which will improve the rupee’s value.”

He noted that the FAP had worked alongside Dar to improve the rupee’s value against the dollar in the past, adding that the association could collaborate with him to form a policy to “rapidly bring down the dollar rates”.

Bostan said he also expected Dar to accept the association’s demands regarding the currency declaration regime for travellers, which would increase the greenback’s supply in the market.

“International financial institutions are helping Pakistan to deal with the floods. The International Monetary Fund has also indicated that it will ease conditions [of the programme]. This will have positive effects on the rupee.”

On Sunday, senior party leaders met Miftah Ismail, who handed in his resignation. A statement released after the meeting confirmed that Nawaz Sharif and PM Shehbaz had nominated Dar as the finance minister.