Rupee will begin to stabilise next month: Miftah Ismail 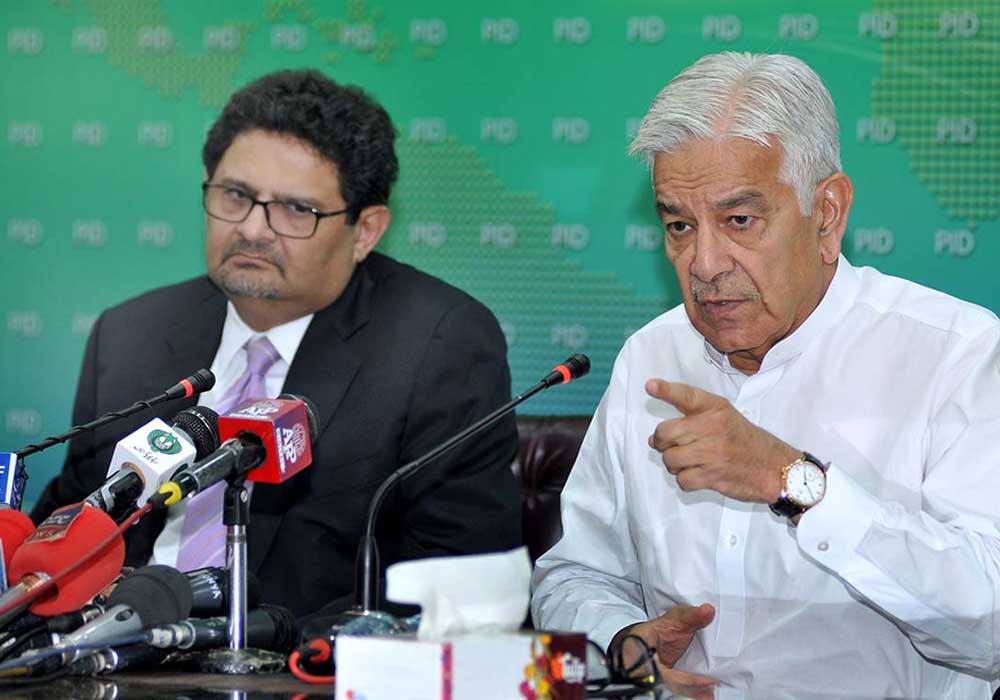 Finance Minister Miftah Ismail Thursday said that the rupee will begin to stabilize next month.

Addressing a press conference alongside Defense Minister Khawaja Asif in Islamabad, the finance minister claimed that the country’s economy is moving in the right direction due to the measures taken by the coalition government. He vowed to make any sacrifice to save the country from bankruptcy. “We cannot control the dollar. The price of euro and yen has increased as well but the situation will get better,” he maintained.

He said that the target of the government is to increase exports by reducing imports. Last year, there were $7.5 billion imports that put pressure on the rupee.

He said that the governor of the State Bank of Pakistan will be appointed next week, adding that the demand for dollars will decrease within a few days.

Regarding petroleum products, the finance minister said that there is sufficient petrol in the country.  “Furnace oil and diesel are being imported as required while measures to control inflation are proving beneficial.”

He went on to say that the country currently has a stock of more than 2 billion liters of diesel. “We made difficult but necessary decisions and now the country’s economy is moving in the right direction.”

Importers said that the bank rate of dollar was Rs227 but it was not available to them even at Rs230.

Economic experts said that the results of Punjab by-elections have once again created an atmosphere of political uncertainty in the country and its effect is also being seen in the economic field.

In his address, Khawaja Asif said that the PML-N had set a new tradition of impartiality by ensuring transparency in the Punjab by-polls.

“The PML-N leadership did not indulge in victimization of political rivals.”

The minister claimed that it was the first election that bore no accusations of rigging. “Similarly, the Daska by-election was another example of free and fair election.”

The PTI government, he alleged, thought out its tenure used the public trust for victimization of its rivals, adding, “I and Miftah are victims of that but we have no regrets and neither blame any.” He mentioned that the former National Accountability Bureau (NAB) head possessed a bad repute and he did not want to narrate it publicly. “The federal cabinet has appointed a police officer of good repute as the new NAB chief and no one can question his appointment,” he added.

He underlined that the PML-N government would use power as a trust of public and not for perpetuating its government and July 17 (by-elections) was its greater example. “We have upheld the respect of vote and safeguarded democracy on July 17,” he said.

He went on to say that the PML-N and its allies deliberately took power instead of giving up as the country was on the brink of bankruptcy.

“At the cost of political popularity, the PML-N faced it deliberately to avert country’s default. Pakistan’s economic revival is above all and important than anything else and we are ready to pay any cost for it,” he insisted.

“We could have resigned or announced early elections but took the responsibility of bringing stability to the country,” he added.