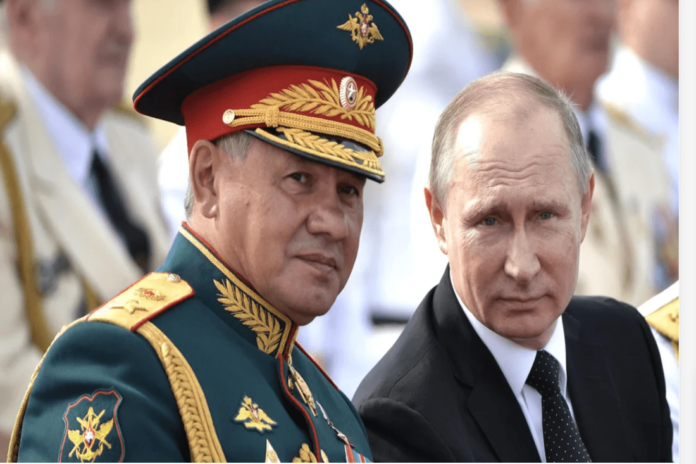 Kirill Stremousov, the Russian-installed deputy head of the annexed Kherson region in Ukraine, stated that Putin’s defense minister, Sergei Shoigu, should consider suicide due to the humiliation of defeat in the Ukraine war.

In a four-minute video, the Russian officer publicly called out the “generals and ministers” of Moscow for not understanding the situation on the front.

According to a report in Reuters, Kirill stated, “Indeed, many say: if they were a defense minister who had allowed such a state of affairs, they could, as officers, have shot themselves.”

He further added, “But you know the word ‘officer’ is an incomprehensible word for many.”

Recently, a string of defeats on the battleground in Ukraine has urged some of Putin’s allies to publicly criticize top generals.

Chechen leader Ramzan Kadyrov and Yevgeny Prigozhin, founder of the Wagner Group of mercenaries, also criticized by saying that system is drenched in nepotism and these officers should be stripped of their rank.

Shoigu and his top generals have been repeatedly chastised by Russian nationalists for everything from poor planning to inadequate logistics.

Ministry of Defense Russia has not yet published any statement regarding these comments.

Sergei Shoigu, Russia’s defence minister, is Putin’s closest ally and has held the position since 2012.