Russia may up the ante if West ignores demands: Envoy 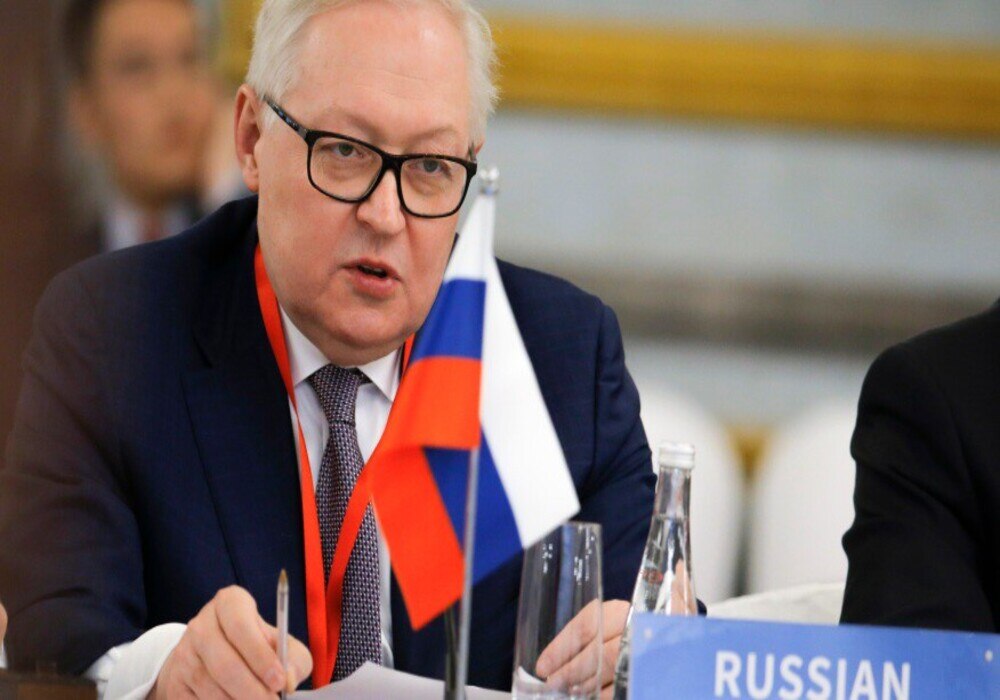 Russia may take unspecified new measures to ensure its security if the US and its allies continue to take provocative action and ignore Moscow’s demand for guarantees precluding NATO’s expansion to Ukraine, a senior diplomat said Saturday.

Deputy Foreign Minister Sergei Ryabkov accused Western allies of continuously pushing the envelope in relations with Russia, and warned that Moscow could also up the ante if the West doesn’t treat its demands seriously.

Ryabkov’s statement in an interview with the Interfax news agency came a day after Moscow submitted draft security documents demanding that NATO deny membership to Ukraine and other former Soviet countries and roll back the alliance’s military deployments in Central and Eastern Europe – bold ultimatums that are almost certain to be rejected by the US and its allies.

The publication of the demands – contained in a proposed Russia-US security treaty and a security agreement between Moscow and NATO – comes amid soaring tensions over a Russian troop buildup near Ukraine that has raised fears of an invasion. Russia has denied it has plans to attack its neighbor but wants legal guarantees that would rule out NATO expansion and deploying weapons there.

Russian President Vladimir Putin raised the demand for security guarantees in last week’s video call with US President Joe Biden. During the conversation, Biden voiced concern about a buildup of Russian troops near Ukraine and warned him that Russia would face “severe consequences” if Moscow attacked its neighbor.

“They have been extending the limits of what’s possible” regarding Russia, Ryabkov told Interfax in response to a question about the Western threat of tough new sanctions against Moscow.

“But they fail to consider that we will take care of our security and act in a way similar to NATO’s logic and also will start extending the limits of what is possible sooner or late,” Ryabkov said. “We will find all the necessary ways, means and solutions needed to ensure our security.”

He didn’t elaborate on what action Russia may take if its demands are rejected by the West.

NATO Secretary-General Jens Stoltenberg emphasized Friday that any security talks with Moscow would need to take into account the trans-Atlantic alliance’s concerns and involve Ukraine and other partners. The White House similarly said it’s discussing the proposals with US allies and partners, but noted that all countries have the right to determine their future without outside interference.

Ryabkov said that NATO’s moves have become increasingly provocative, describing them as “balancing on the edge of war.” He added that Russia now wants to hear a Western response before upping the ante.

On Friday, Russia said it wanted a legally binding guarantee that NATO would give up any military activity in Eastern Europe and Ukraine, part of a wish list of security guarantees it wants to negotiate with the West.

Moscow for the first time laid out in detail demands that it says are essential for lowering tensions in Europe and defusing a crisis over Ukraine, which Western countries have accused Russia of sizing up for a potential invasion after building up troops near the border. Russia has denied planning an invasion.

The demands contain elements – such as an effective Russian veto on future NATO membership for Ukraine that the West has already ruled out.

Others would imply the removal of US nuclear weapons from Europe and the withdrawal of multinational NATO battalions from Poland and from the Baltic states of Estonia, Latvia and Lithuania that were once in the Soviet Union.