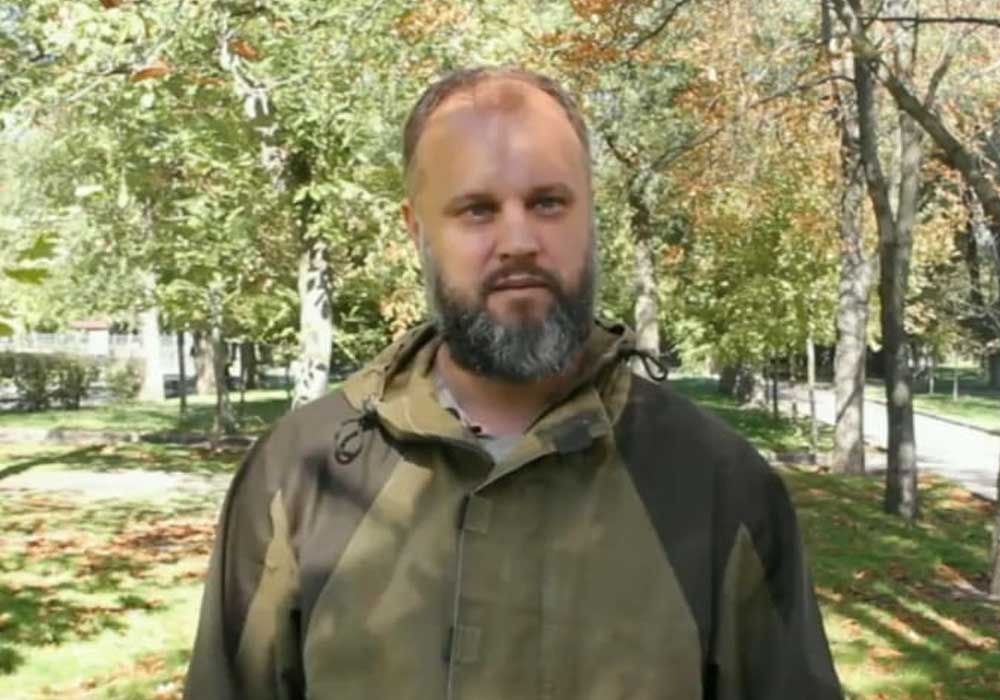 A former neo-Nazi activist from Russia, who operates in the Donetsk People’s Republic [Ukraine], has threatened to kill Ukrainians en masse if they opposed Russia’s cause.

In a video shared by journalist Julia Davis on Twitter on Tuesday, Pavel Gubarev can be seen speaking about ‘dealing with Ukrainians’.

Gubarev, who is known as Russia’s “DPR figure” in Donetsk, stated to people in the annexed regions that Vladimir Putin’s forces “aren’t going to kill you, but to convince you”.

He continues, “But if you don’t want to be convinced, we’ll kill you. We’ll kill as many as we have to: one million, five million, or exterminate all of you.”

The footage was uploaded by journalist Julia Davis on her Twitter account, who is also making the upcoming Russian Media Monitor documentary.

Pavel Gubarev, Russia's "DPR" figure in Donetsk, states their intent towards Ukrainians: "We aren't coming to kill you, but to convince you. But if you don't want to be convinced, we'll kill you. We'll kill as many as we have to: 1 million, 5 million, or exterminate all of you." pic.twitter.com/tgQAuyM4Sp

The Russian activist and former neo-Nazi, Pavel Gubarev, proclaimed himself the “People’s Governor” of the Donetsk region after separatists took control of the Regional Assembly on March 3, 2014.

Gubarev had already proclaimed himself to be the Donbas People’s Militia’s leader. Other separatist leaders have now sidelined him, and he was banned from voting in the 2014 Donbas legislative elections.

Prior to the start of the pro-Russian conflict in Ukraine in 2014, Gubarev was not a prominent player in local politics.

Gubarev was detained by the Security Service of Ukraine (SBU) shortly after claiming the title of “People’s Governor” on March 6, 2014, for advocating separatism and illegal seizure of power. He then faced a sentence of ten years behind bars.

Gubarev was released on May 7 in exchange for SBU officials who had previously been detained by the Donbas People’s Militia.