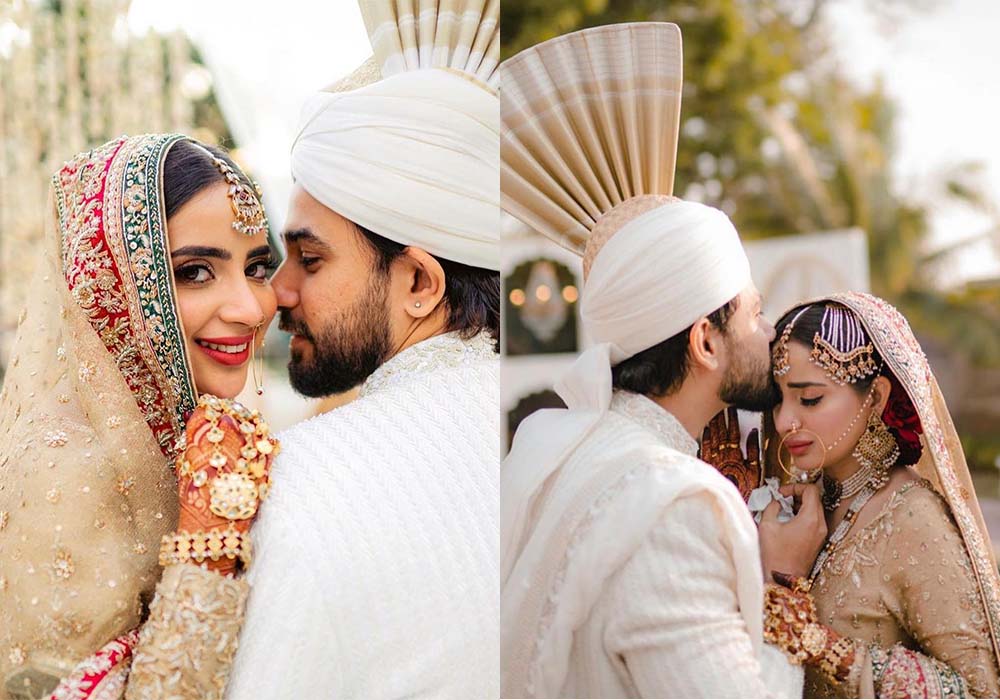 All over the internet these days is the wedding of Saboor Aly and Ali Ansari. While the Mayun event made it to the headlines for the absence of a major celebrity and family member of Saboor Aly, the proceeding festivities have attracted everyone for much more. 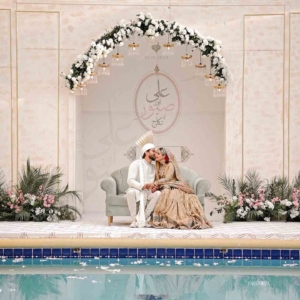 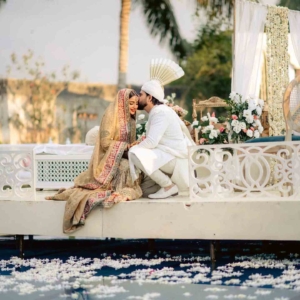 The Mayun event was followed by a Nikkah ceremony which was held at a luxurious wedding resort. A simulation of a Mughal building, the entire place was decorated in white with tinctures of blue and a large pool in the center, on the surface of which lovely flower petals could be seen floating.

The celebrity couple was also dressed in traditional attire, the husband wearing a white sherwani and kulla and the bride wearing a light golden wedding dress. 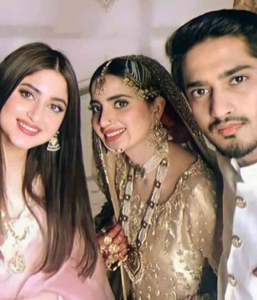 Saboor Aly had her emotional outbursts on the Nikkah ceremony as well as on the Shendi night that followed, for the actress was twice observed crying on leaving her parents and siblings.

The Shendi night, however, also gave the actress much to enjoy, for it was a function filled with enthusiastic dance performances. Not only Ali Ansari and Saboor Aly gave passionate dance performances themselves, but multiple other celebrities added to the fun through their respective dance sequences including the couple’s sisters, Sajal Aly and Mariam Ansari. 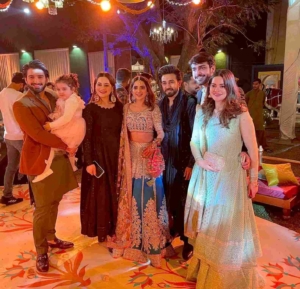 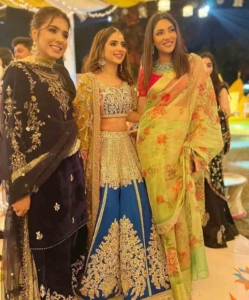