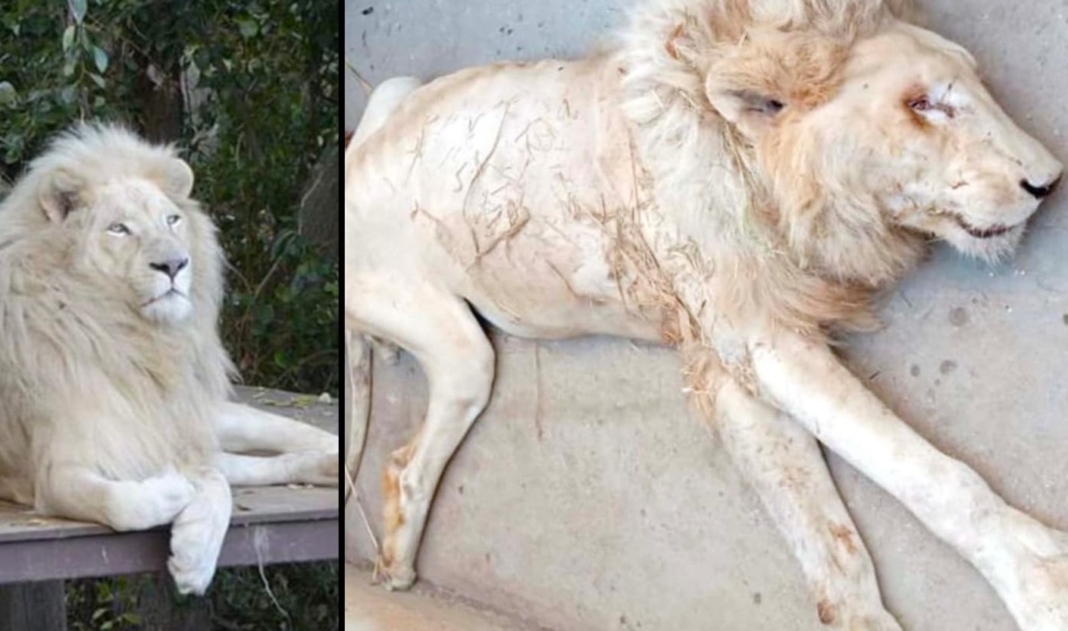 The plot for the story in which a White Lion died due to negligence in Karachi Zoo on Tuesday, has thickened, after it surfaced that the zoo’s director was allegedly relieved of his duties twice before as well – a matter that has caused a renewed sense of outrage amidst the citizenry.

Journalist Naimat Khan tweeted on Thursday that the lion had died due to negligence and lack of medical aid. He posted a copy of a letter by the Karachi Metropolitan Corporation (KMC), which stated that the zoo’s senior director Khalid Hashmi was seemingly responsible for not providing timely medical attention to the lion.

The letter also said that there were other complaints of malpractice against Hashmi, for which he was being let go from the job and a formal inquiry was being requested into the matter.

Khan noted that Hashmi was removed previously by Karachi Administrator Murtaza Wahab Siddiqui from his position on two accounts, a detail that has been reported by the media as well. Both times, Hashmi obtained a stay order by the court against his dismissal, noted Khan.

The authorities in this official letter from #Karachi’s municipal commissioner to secretary local government, Sindh have admitted that the rare white #lion in #KarachiZoo expired due to non-provision of medical help which could save the animal’s life #Thread pic.twitter.com/RteJj5PC8s

Sadness turned to anger, as calls for justice echoed all around. Cricket commentator Sikander Bakht said that the lion’s death was ‘inexcusable’ and grave punishment should be enforced on those responsible.

A user said that removing Hashmi was not enough, as effective management and planning was needed to manage zoos in Pakistan. He furthered that it was horrifying that animals were kept hungry for days at the Karachi Zoo.

After the death of white lion, KMC has removed a senior Director of Karachi zoo for the negligence but is this enough? Proper management and solid initiatives are direly needed to change the current situation of the zoo's in Pakistan. #KarachiZoo #AnimalRights pic.twitter.com/SJVkg2YJBH

Another user, a former editor at a media outlet, Saman Shafiq, said that the incident wasn’t a first that the zoo had deprived an animal of medical help. She claimed that the administration had previously stopped international experts from probing the welfare of animals in the zoo.

A dominant result of the tragedy was that several called for the abolishment of zoos. Writer Halima Mansoor said that zoos in Pakistan were ‘sadistic, hellholes’. She said that there were efforts to get the animals out of zoos, but the government refused to let the animals live out their lives in global reserves.

Former member of provincial assembly Irum Azeem Farooq seconded the call to shutter Karachi Zoo and said that the administration had no ‘shame’ in how it dealt with caged animals. She added that the zoo had failed to pay food suppliers, which starved animals in the establishment.

The Karachi Zoo should immediately shut down
The administration have no shame.
Is this how we treat the caged animals? #KarachiZoo fails to pay food suppliers
My heart is breaking to see this situation,plz raise ur voice @murtazawahab1@MoveTheWorld pic.twitter.com/PPo7SsIWkl

Terrifying images of the lion lying lifeless had been doing rounds on social media since several days and the magnificent creature eventually died due to alleged negligence on Tuesday.

Several claims arose that animals were deprived of food at the zoo. The KMC later revealed that the lion expired due to pulmonary tuberculosis and pneumonia.