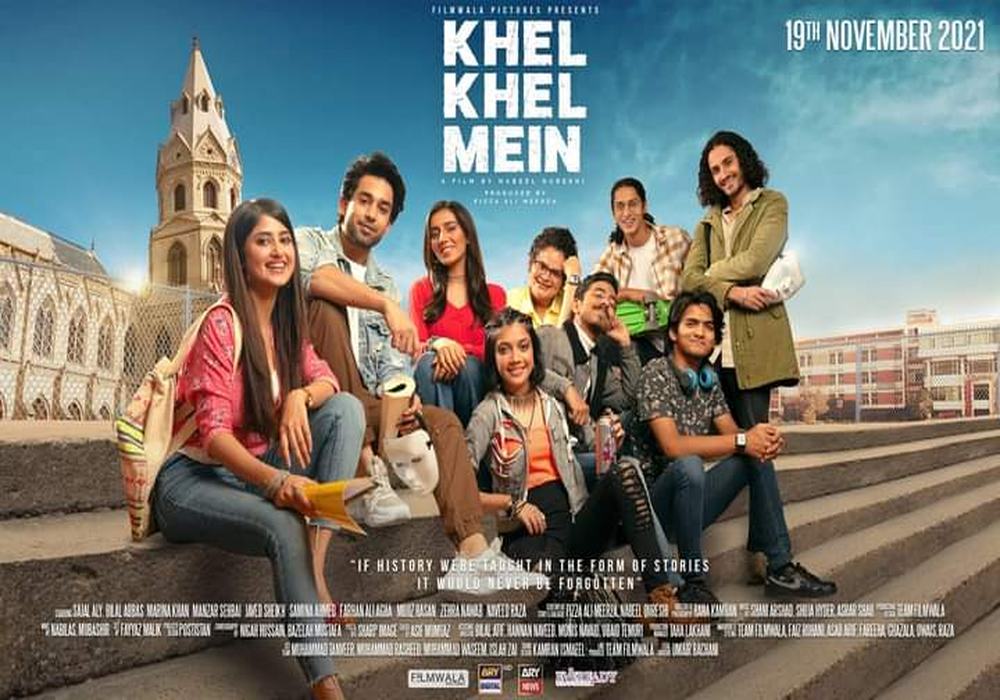 Filmwala Pictures just made another announcement regarding their post-COVID ventures, this one being about the film Khel Khel Mein based on the partition of 1971. News is it that the film starring Sajal Aly and Bilal Abbas will be releasing on November 19 in cinema halls nationwide.

It was also revealed that Nabeel Qureshiâ€™s Khel Khel Mein would be the first Pakistani film to hit cinema theatres after a long pandemic-induced ban on social gatherings.

The production had promised a day before that the October 28 would mark the day of the revealing of the filmâ€™s official poster. As promised, the lovely poster with a young cream of Pakistani actors on the front and important educational institutes in the background was released to the excitement of fans.

Along with the poster, it was also mentioned that the film would be based on the idea of how young minds have the ability to bring about important changes through their creativity and energy. Another theme of the film, according to the production house, will revolve around the power of love which can overcome all other forms of control.