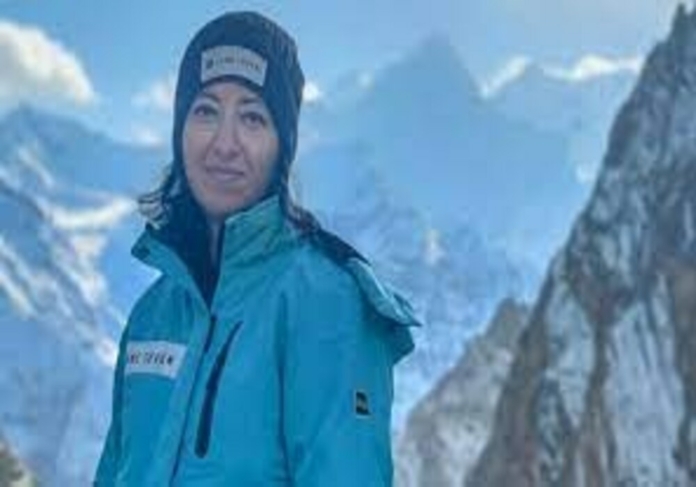 Samar Khan, an adventurer and cyclist from Khyber Pakhtunkhwa (KP) has climbed the 5,610-meter high peak (Ghar Samar) in Hunza.

Samar Khan also called the adventure athlete, completed the climb of the 5,610-metre-high peak along with her team in the Shamshal mountain range of the Hunza area of Gilgit-Baltistan (GB).

This peak was ‘Virgin Pack’, which means a peak that no one has climbed before. Samar Khan and her team have named this peak ‘Ghar Samar’ because they were the first team to reach and climb there. Her teammates included Azam Baig, Hashir Rafique, Jaffar Ullah and Zehran Baig.

In July 2016, Samar Khan had become the first woman in the world to cycle on the 4,500-metre-high Biafo Glacier in Gilgit-Baltistan.

Samar announced her summit on Twitter. She has stated, “The last few turns before the ZARDGARBEEN camp, which is one of the most scenic & majestic places on our way to Shipoden & mountains beyond that for our backcountry rides.”