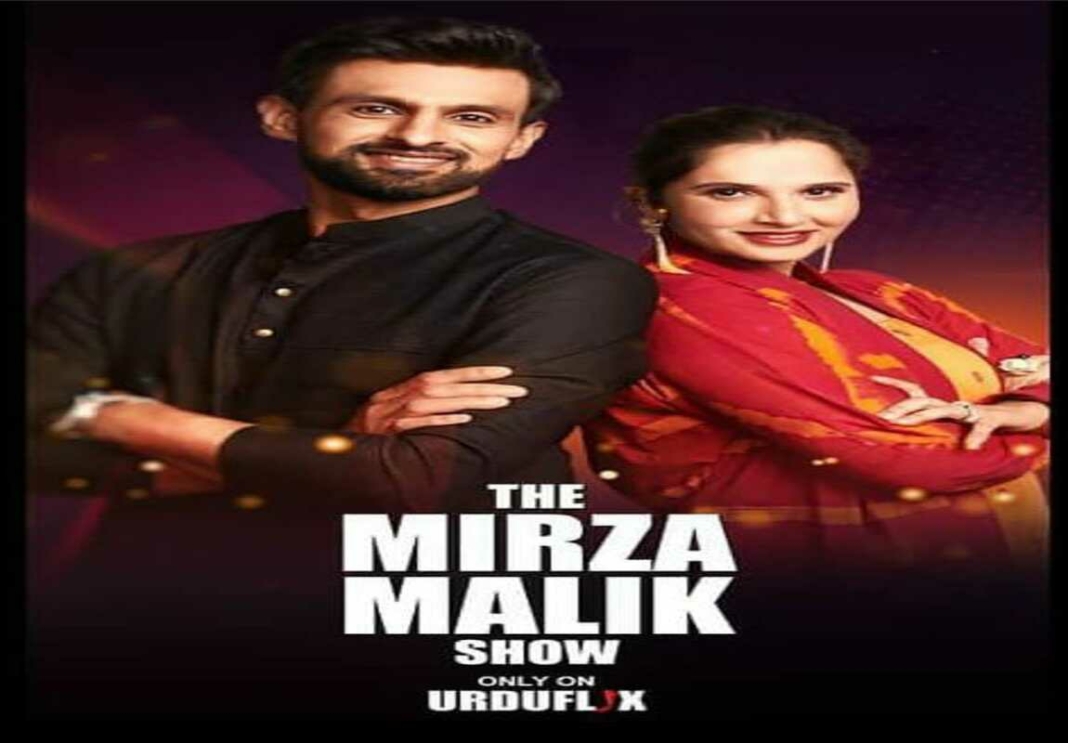 The couple had been in the headlines for the past weeks ever since rumour about their separation started making rounds in the media.

The Mirza Malik couple, who had tied the knot in 2013 was said to have parted ways after nine years of marriage.

Streaming service Urduflix released the first image from the couple’s upcoming show amid reports of their divorce.

The couple revealed during an interview with gulf news stated that the show will not be contentious in any way and aims to spread the intercultural love they experience.

“There will be a lot of laughter and love. These two things, I believe, are crucial to us as individuals, said Mizra.

She continued, “Everyone we know knows that we handle most things with humour, and that is something that helps us.”

According to Sania Mirza, the objective of the show is to spread joy, love, and laughter among the guests who will appear on the show as well as the audience.

We don’t want to reveal everything, the couple added. Although it is not a comedy show, we will attempt to find meaning in it while also having as much fun as we can.