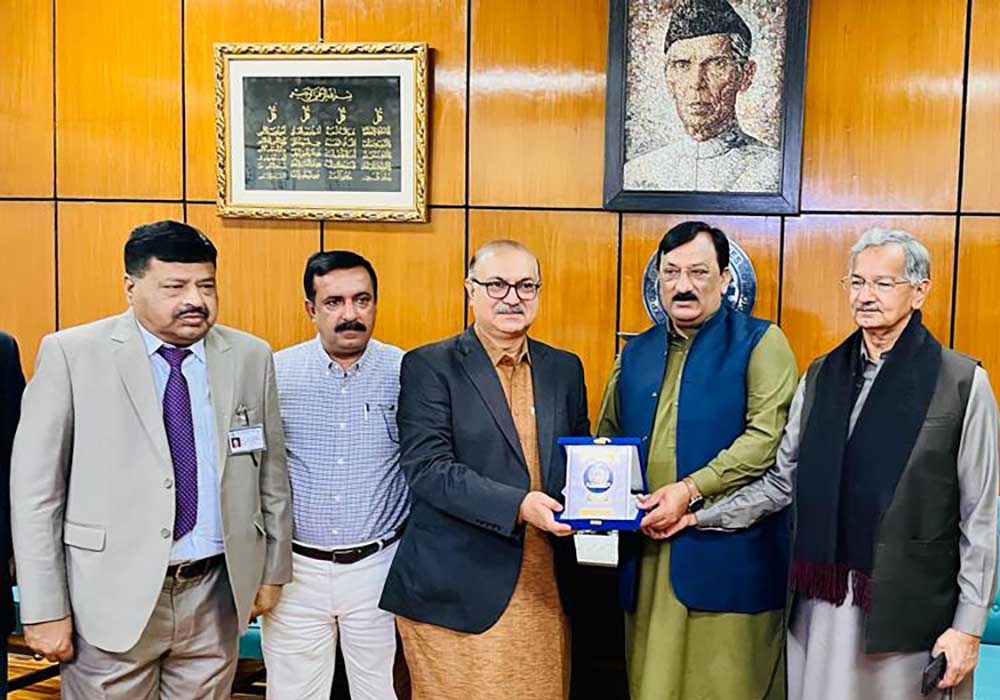 Tasneem Ahmed Qureshi, Special Assistant to the Prime Minister on Industries and Production, has said that all institutions need to improve their production and export within available resources. The SAPM said this while visiting the Export Processing Zone Authority Karachi the other day, along with senior politician Imtiaz Safdar Warraich as a special observer. “The EPZA should facilitate investors and utilize the land for improvement of the authority,” Tasneem directed.

EPZA Chairman Dr Saifuddin Junejo, Secretary of EPZA Nasir Hidayat Khan and other officials briefed the meeting that due to the energy crisis and other issues exports have not been increased.

“Bangladesh has 8 billion dollars. They are planning to build 100 more export processing zones while Pakistan has only one billion dollar worth of exports,” officials said.

They further briefed that Tawaraqi Steel Mills of EPZA has the capacity to produce 1.28 metric tonnes of iron with manpower of 100 to 200 employees but, unfortunately, the project was closed due to a shortage of gas.

Imtiaz Warraich expressed concerns over the decreasing capacity of production and suggested making new ways and plans for progress and development.

The SAPMs who are given the status of ministers of the state include PML-N’s Iftikhar Ahmed, Mehr Irshad Ahmed Khan, PPP’s Raza Rabbani Khar, Mahish Kumar, Faisal Karim Kundi and Sardar Salim Haider.