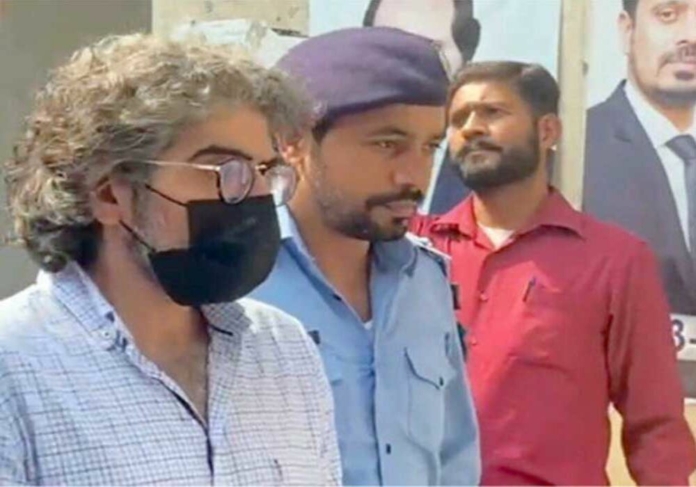 Mother of Shahnawaz Amir, the main accused in the Sara Inam murder case, was arrested by police from outside the court after her bail was rejected.

Shahnawaz’s mother, Samina Shah, was on interim bail and the accused along with her lawyers appeared in the court today for the extension of bail.

Personnel of Police Station Shahzad Town arrested Samina Shah. She will be shifted to the women’s police station. Her interim pre-arrest bail was extended by the district and sessions court on October 1.

Shahnawaz had allegedly killed his wife Sara at home on September 23. He was detained by the police from the farm house at Chak Shahzad Islamabad.

According to reports, Shahnawaz had confessed his crime. He had said that he thought his spouse had an affair with someone else.

The FIR of the case was registered by the police in which SHO Nawazish Ali Khan became the complainant. According to the FIR, Shahnawaz had killed Sara with a dumbbell after which his mother Samina had informed the police of the incident. The murder weapon, hidden under the bed, was recovered by the police and was sent for forensics.

It may be recalled that last month Shahnawaz, son of senior journalist Ayaz Amir, brutally killed his third wife, Sara Inam, at his residence in Chak Shahzad and Shahnawaz’s mother Samina Shah was also present at home at the time of the incident.