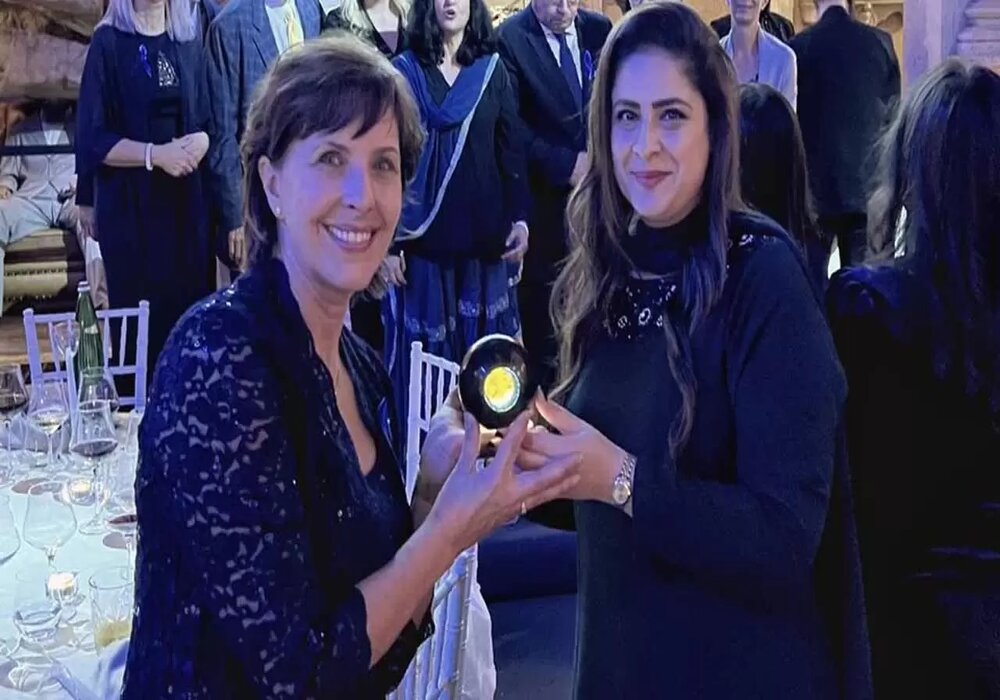 Pakistani women are receiving recognition on a global scale as Sarah Ahmad Chairperson of the Child Protection Bureau receives the World Collaborative Award.

Sarah Ahmed has achieved the Global Collaborative Award for her contributions to the defence of children’s rights and the prevention of child abuse in Rome Italy.

Sarah said that she was grateful to former prime minister Imran Khan and Chief Minister Punjab Chaudhry Pervaiz Elahi for their unwavering support and for providing her with the chance to work.

More than 50 worldwide child welfare and advocacy organizations, faith-based groups, survivor networks and governments come together as part of the Global Collaborative to advocate for the welfare of abused victims and the protection of children.

The award ceremony was held in Rome Italy and was attended by politicians, representatives of international NGOs, interfaith leaders, philanthropists, abused survivors, journalists and others.

Sarah said that the award was dedicated to all the children of Pakistan and that was an honour for her and Pakistan to win such a prestigious award. After winning the award she claimed that there was a bigger need than ever before to stop child abuse and safeguard their rights and reiterated her resolve to carry out this obligation more effectively.

Speaking further she appreciated Imran Khan and the Punjab government’s assistance in supporting her for the prize. She also expressed gratitude to the Child Protection Bureau staff whose efforts made the honour possible for her.

The Pakistani woman’s award has received a lot of positive feedback and media coverage.