‘Sardar Udham’ is a moving tale of revenge, determination, revolution 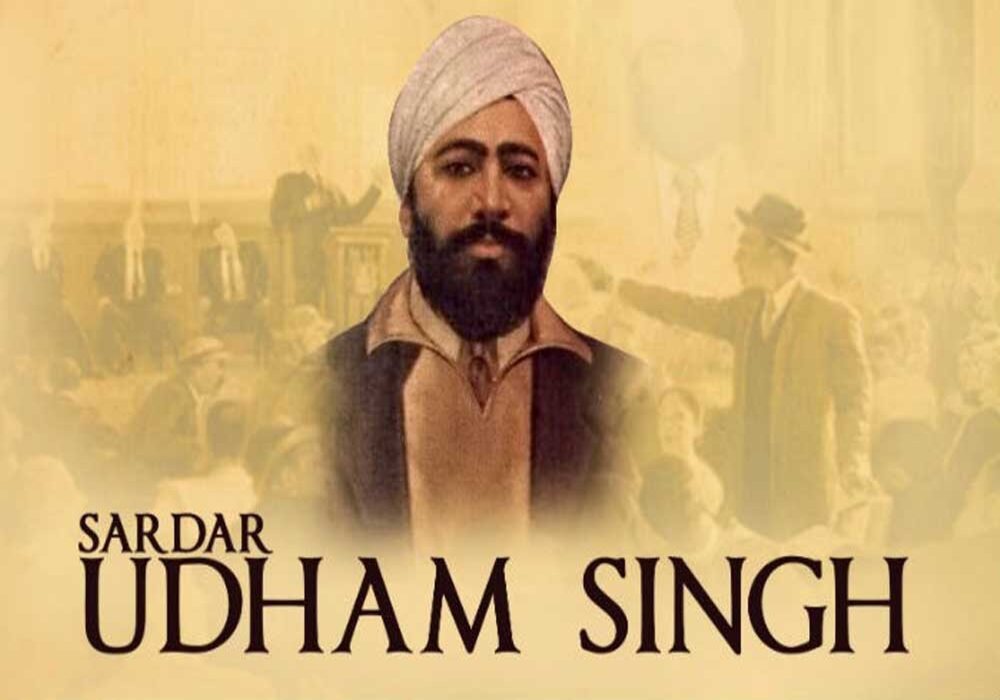 Directed by Shoojit Sircar, the movie ‘Sardar Udham’ (released in 2021), is based on the true events of taking the adventurous revenge of the Jallianwallah Bagh Massacre by killing the former British Lieutenant Governor of Punjab, Michael O’ Dwyer (1913-19). The movie was followed by brilliant starring of the leading actor, Vicky Kaushal and co, while the eye-catching cinematology enhanced the worth of the movie. This is the story of hidden feelings, courage, determination, passion, comrades, and revolution.

Sardar Udham Singh, a member of the Hindustan Socialist Republican Army (HSRA), which was active in the resistance against the British Empire during the British colonial rule in the wake of twentieth-century and relied on the armed struggle to gain the political interests of an independent India, took on to the streets of London after his party’s leadership, including the famous revolutionist Sardar Bhagat Singh and their party’s commander in chief Chandra Shekhar Azad, was assassinated by the British government in 1931, while his comrades were eventually killed prior and after his release from prison in the same year (1931). He had in mind the brute of taking revenge for the Jallianwala Bagh Massacre (also known as the Amritsar incident) where the former British Brig. General Reginald Edward Harry Dyer, after the task given by restoring orders given by Lieutenant Governor of Punjab, Michael O’ Dwyer, ordered to kill all the people present in the assembly (who made up thousands): they had come to join the rally in April 1919, which was against the British rule.

The movie has been well-directed and everyone in the movie played their part very well as a team. From acting to cinematology, everything fits the criteria of appreciation. Speaking about the acting of Kaushal, it seemed everything was as real as it could be. Taking a movie from the historical pages and presenting it with such a realistic motion is a tough task in itself which the movie fulfils. The whole team deserves applause for the pure work of this movie.

Apart from the movie’s starring and other works, there were several things one could grasp after watching the movie. The movie was mainly a revolutionary movie including scenes and dialogues of Sardar Bhagat Singh. It also portrayed a picture of an international approach to the Indian movement, specifically the activists living in the Soviet Union – the growing superpower back then – and the United Kingdom itself, the biggest ruling empire of the era. One thing that I caught while watching the movie was that when Udham was in Russia, he was denied support by the Russian government to the fullest despite mutual interests. From here we learn that it is always the nation itself which is struggling. No one will ever come from outside your nation to support you in your movement or in your prosperity in any means unless and until the other nation’s interests are largely reserved over there. Humanity, human rights, conventions, peace etcetera are best preserved in the pages of books.

Udham also had an affair with a girl – who was later among the victims of the Jallianwallah Bagh Massacre and who he wanted to marry soon thereafter. Once she asked him about the ongoing war back then. “War is my existence,” said Udham to his girlfriend, “and you are part of my existence.” From here one could comprehend that war gives life. It spreads love. It brings peace. As quoted, “War brings peace and peace without freedom is not possible.” War brings unity among the disintegrated members of a nation. It is always a war which brings one closer to the other. Because hard times leave stronger bonds than that of good ones.

One more thing to look for in the movie is, that when Udham reached London in 1934, he worked in various locations so as to earn a living and get the opportunity to kill the Dwyer. He, in fact, worked at Dwyer’s house as his servant and once got an opportunity to kill him, but then he realised he may kill him successfully and run away but the life of Indian workers in the future would be at stake which would go against his party’s constitution. As they were leading a nationalist movement based on the principles of socialism. For them, it was mandatory to keep in consideration the working class and their interests, whether Indians or foreigners. And then he turned over his decision to kill him there at his home and quit the job the very next morning.

This movie not only teaches us how important it is to stand tall to take national revenge but also teaches the audience what the behaviour and approach of a revolutionist should be like. Other than temporarily interests, he looks at the matters very closely and deeply so that his one wrong step may not become a cause of suffering for his people. Secrecy, during all this mission, was the main leading factor which took him to kill Michael O’Dwyer on March 13, 1940, at the age of 75, when he was at a joint meeting of the East India Association in Caxton Hall in Westminster, London (United Kingdom).

“Don’t you fear death?” asked the police after taking him into their custody.

“Death for a national cause is the biggest dream of a revolutionist,” responded Sardar Udham Singh.