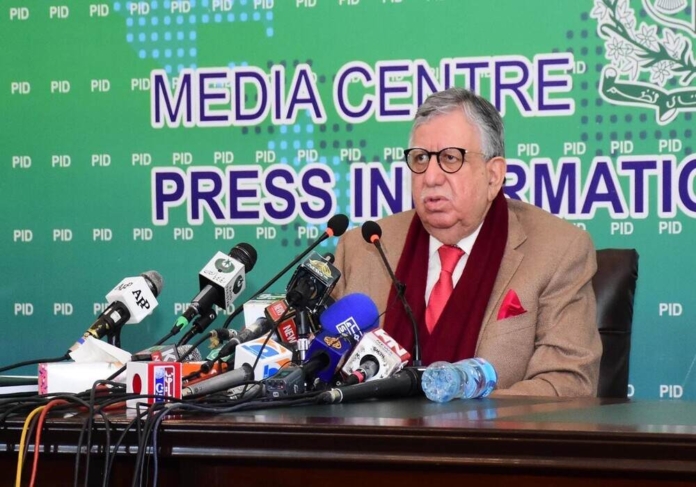 Finance Minister Shaukat Tarin has informed the Senate that the country will start using the $1.2 billion Saudi oil facility on deferred payment from March.

Tarin told the house during the question hour on Friday that the government has tried not to pass full burden of international price increase in petroleum products on to people. He said, “We have reduced sales tax and Petroleum Development Levy (PDL) on petroleum products to provide relief to the masses.”

“We went to Saudi Arabia and told [its government] that oil prices are rising so give us [oil] on deferred payments,” the finance minister said. “We have not used the deferred payment facility until now. We will use it from next month.” Tarin said Pakistan had been using its own reserves at the moment.

The finance minister said foreign exchange reserves of State Bank of Pakistan have increased over the last one year which will help reduce pressure on the rupee. Tarin said Pakistan received three billion dollars from Saudi Arabia in the month of December 2021 for a period of one year at four percent interest rate.

He said that the country’s exports and remittances are increasing whilst the trade deficit was reduced by $1.5 billion last month. Responding to a supplementary question, the finance minister said that Pakistan has met 27 out of 28 conditions of the Financial Action Task Force (FATF). He hoped that the country would come out of the grey list in the next review meeting of FATF.

In a written reply, the minister said that the country’s import bill jumped 70% to 33$billion in July-November 2021 compared to $19.5 billion in the corresponding months of 2020. He adding that increase in import is mainly due to substantial increase in the price of oil, gas, coal and food commodities in the international markets.

Replying another question, in written reply, the minister said that regulatory duty (RD) has been levied on import of multiple luxury and non-essential items. Minister for Science and Technology, Shibli Faraz told the house that Punjab and Khyber Pakhtunkhwa governments have started important projects for provision of clean drinking water. Minister of State for Parliamentary Affairs, Ali Muhammad Khan said several projects worth billions of rupees have been launched for the development of Balochistan and Gwadar.

Taking the floor, Leader of the House in the Senate Shahzad Waseem said Pakistan wants cordial relations with all the countries including the United States. He categorically stated that Pakistan is not part of any camp. He regretted the silence of international human rights over rising religious hatred and extremism in India, saying the worst form of Islamophobia is being seen in India which poses threat to peace and stability.

The financing agreement for the oil facility was signed in November 2021 between the Saudi Fund for Development (SFD) and the Pakistani Economic Affairs Division. “As per Financing Agreement, the SFD will extend the financing facility up to $100 million per month for one-year for purchase of petroleum products on deferred payment basis,” a statement from the Ministry of Economic Affairs had read.

A $4.2 billion Saudi support package, which included a $1.2 billion oil loan facility, was agreed during Prime Minister Imran Khan’s visit to Riyadh in October last year. In December, Pakistan received the $3 billion loan but the oil facility is yet to be put into use.