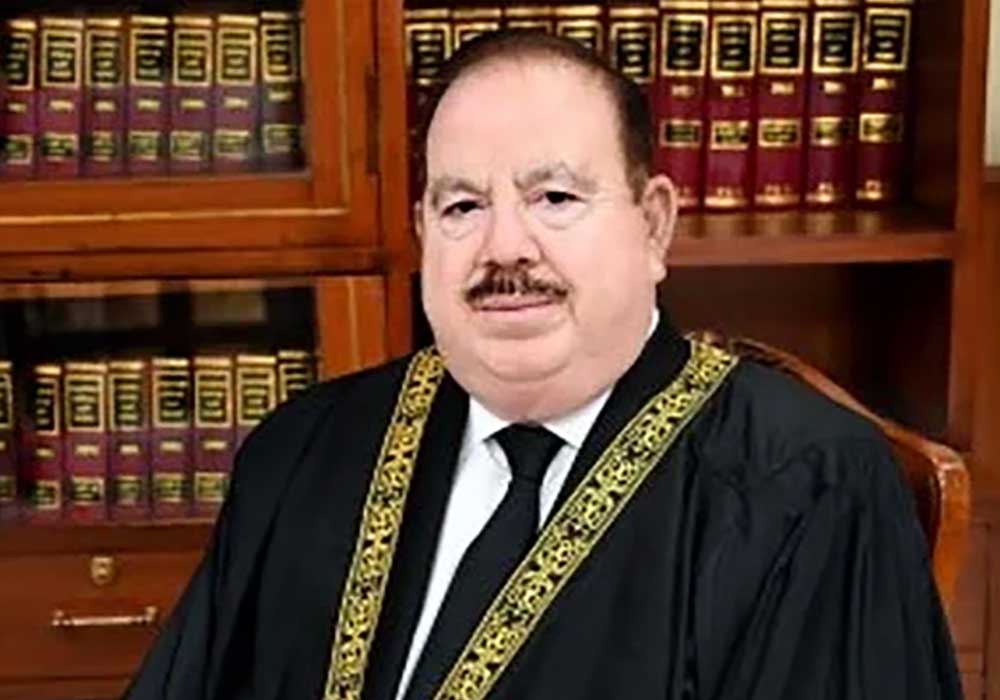 Supreme Court’s Justice Sardar Tariq Masood on Tuesday recused himself from an in-chamber hearing on appeals against the Registrar Office’s objections on petitions seeking an investigation into a cipher presented by PTI Chairman Imran Khan as evidence of a “foreign conspiracy” to oust him.

Last week, the apex court had fixed petitions filed by Advocate Zulfiqar Ahmed Bhutta, Syed Tariq Badar and Advocate Naeemul Hasan last year for an in-chamber hearing on Jan 24. The pleas sought the constitution of a “high-powered commission” to probe the alleged “foreign conspiracy” that Imran claims was hatched to topple his government. The petitions named the federation of Pakistan through the law and justice secretary, the prime minister, and the cabinet secretary as respondents in the case.

However, the applications were earlier returned over objections by the Registrar’s Office. Subsequently, the petitioner filed fresh pleas in the court against these objections. It is a common practice of the court office to sometimes return petitions by raising objections like questioning why the petitioner has approached the apex court directly without exhausting other available forums first. Such rejections are usually challenged by the petitioners and are taken up by a judge in his chamber as nominated by the chief justice. During the hearing on Tuesday, Justice Masood recused himself from hearing the petitions and sent them back to the top judge. “The CJP can assign these chamber appeals to another judge for investigation,” he added. The controversy surrounding the no-confidence motion against the former premier Imran Khan took a dramatic turn when the embattled PM brandished a letter at a rally on March 27 – days before his ouster – claiming it contained evidence of a “foreign conspiracy” hatched to topple his government.