Schools, offices in Lahore closed for 3 days a week due to smog

Due to smog all private institutions, sub-offices will remain closed on Friday and Saturday, PDMA notification 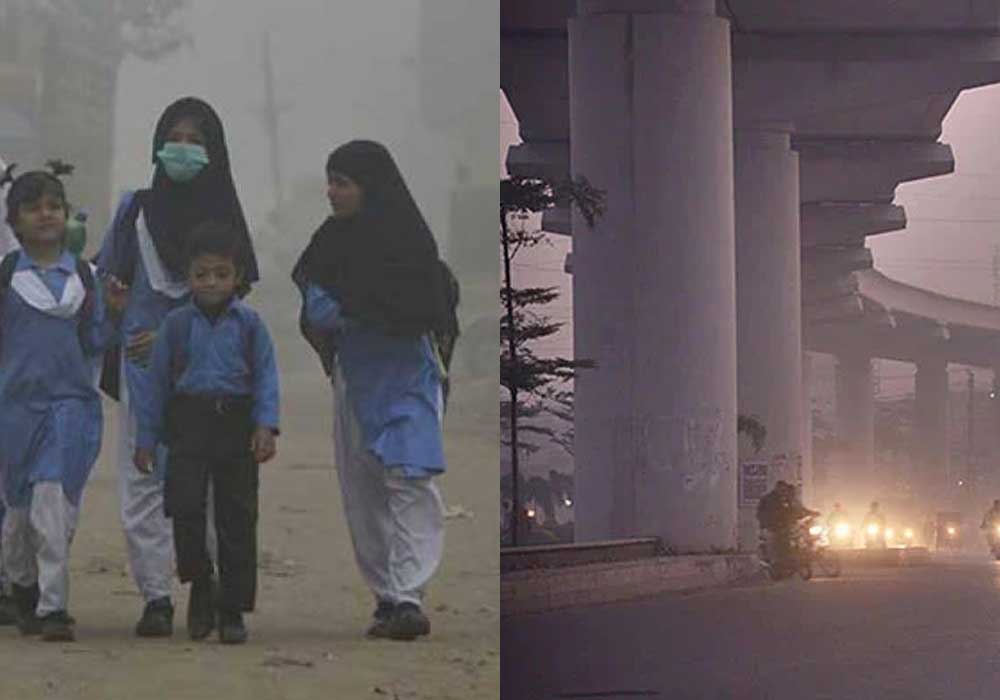 The Punjab government has announced the closure of schools and offices in Lahore for three days a week in view of the fear of diseases due to rising levels of smog.

According to a notification issued by the provincial government last night, all government and private schools in the Lahore district will remain closed for three days a week.

Meanwhile, in light of the Lahore High Court’s order, the Directorate General Provincial Disaster Management Authority Punjab has issued a notification to close private institutions and their sub-offices in Lahore for three days a week.

The notification of the School Education Department said that due to the prevailing smog situation all government and private schools in the Lahore district will remain closed every Friday and Saturday in addition to the weekly holiday on Sunday until further orders were issued.

A notification issued by the PDMA said that due to smog in Lahore the breath of the citizens was being affected so all private institutions and their sub-offices operating in the limits of Lahore will remain closed on Friday and Saturday.

According to Relief Commissioner Punjab Zahid Akhtar Zaman the decision to close the offices of private companies has been taken under sub-section 2-H of Section 4 of the Punjab National Climate (Prevention and Relief) Act 1958.

The Lahore High Court (LHC) on Thursday directed the provincial government to issue a notification to close schools in Lahore for at least three days a week. Justice Shahid Karim issued the order while hearing public interest litigations on several issues related to the environment.

In compliance with the court’s orders, the Punjab School Education Department issued a notification last night and a copy has also been submitted to the LHC Bench.

Punjab Chief Minister Chaudhry Pervaiz Elahi had termed smog as a disaster and had ordered the effective implementation of the plan to reduce smog in the province and directed action to control the factors causing it.