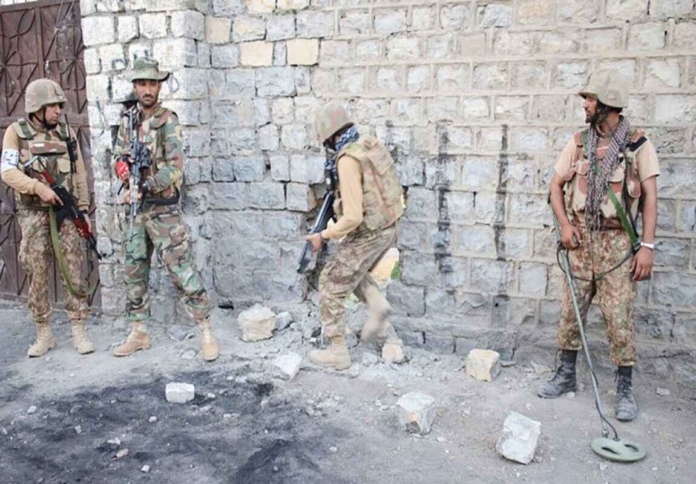 At least four terrorists were killed in an intelligence-based operation (IBO) in the Dossali general area of Khyber Pakhtunkhwa’s North Waziristan district, the military said in a statement on Saturday.

The Inter-Services Public Relations (ISPR) said that weapons and ammunition were also recovered from the terrorists. It added that the terrorists were actively involved in attacks against security forces.

A week ago, an army soldier was martyred in clashes with terrorists in the Miran Shah area of North Waziristan.

During the intense exchange of fire, a terrorist was killed and weapons and ammunition were recovered from him. Earlier, a sepoy embraced martyrdom after fighting gallantly in an exchange of fire with terrorists in the Datta Khel area of North Waziristan.

He made the remarks while addressing the participants of 51st PN Staff Course at the Pakistan Navy War College (PNWA) in Lahore.