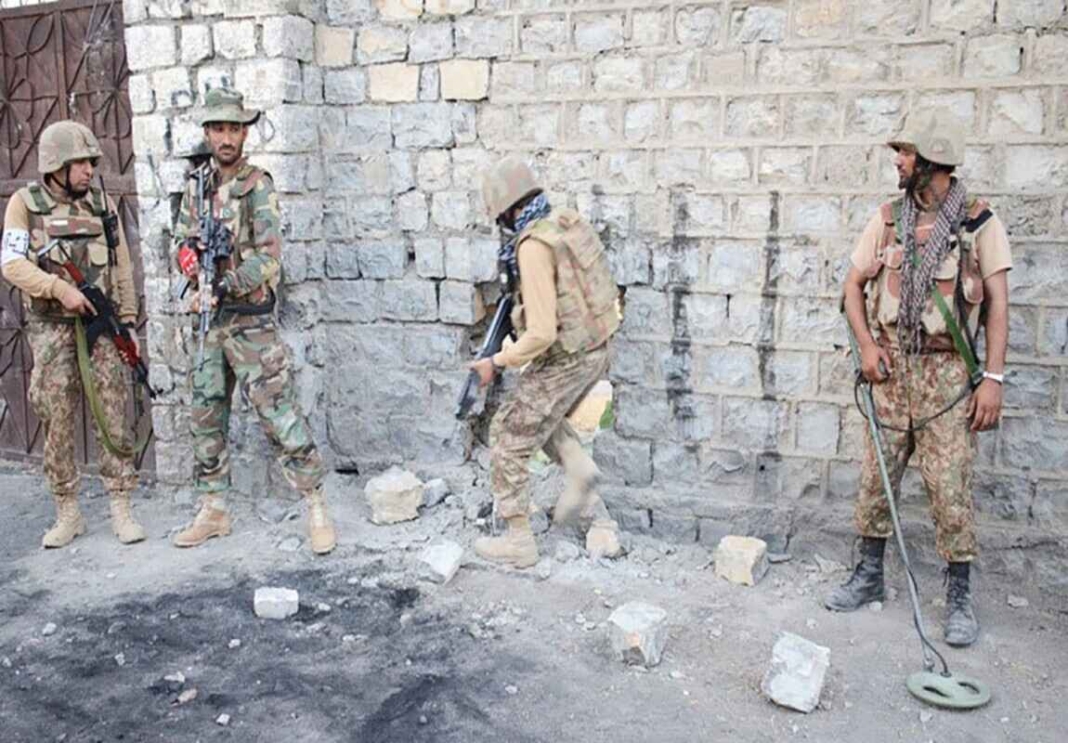 Security forces have killed two terrorists in intelligence based operation in Hoshab.

On 17 November 2022 an Intelligence Based Operation (IBO) was initiated to clear a hideout of terrorists linked with firing incidents on Security Forces and civilians besides planting of Improvised Explosive Devices on M-8 in general area Balor Hoshab.

As a result of continuous Intelligence Surveillance and Reconnaissance of the area a location of the terrorists was identified and security forces were heli inserted. While establishment of positions by security forces was underway two terrorists opened fire.

During ensuing heavy exchange of fire both the terrorists have been killed while a cache of arms and ammunition including Improvised Explosive Devices (IEDs) has been recovered.

Security Forces in step with the nation remain determined to thwart attempts at sabotaging peace, stability and progress of Balochistan.