‘Selected Short Stories’ by Tariq Rahman is a vast array of shades, hues of personal life 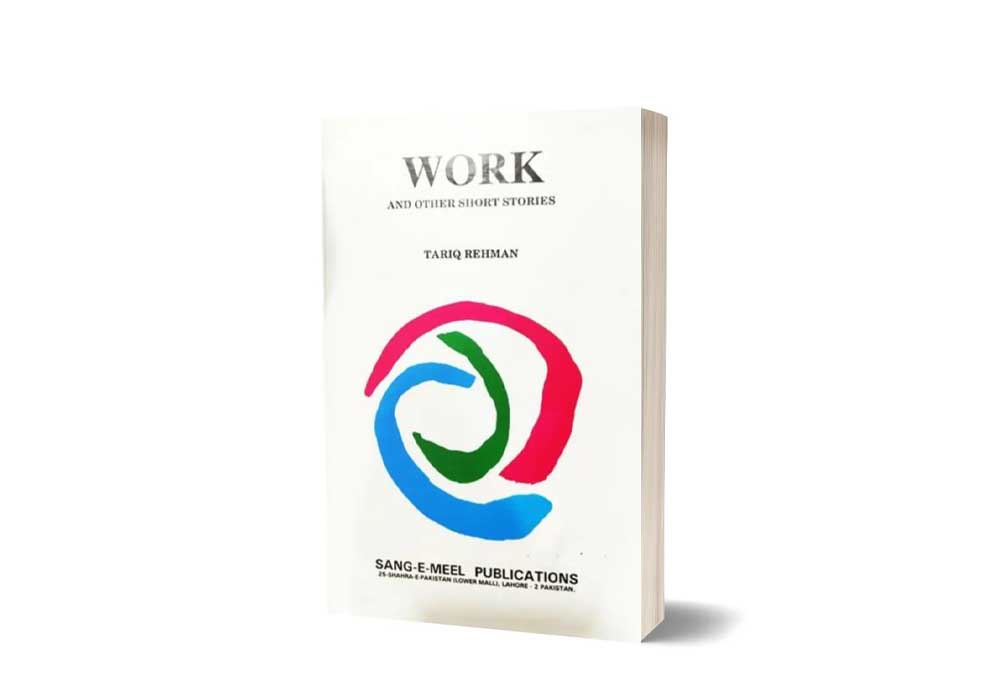 ‘Behind their deceptively simple surfaces, of domestic life, childhood experiences, and friendship, we find the violence of civil war, brutal oppression of caste and sexual exploitation.’ (The Journal of Commonwealth Literature).

Tariq Rahman’s ‘Selected Short Stories’ is a delight to the reader’s eye. Tariq Rahman is a well-known academic and critic. He is also a short story writer.

His collection of short stories is a vast array of shades and hues of personal life and descriptions of the arena of war. The stories are versatile and dealt with in a subtle yet bold tone.

The first half of the book is focused mostly on religious issues. Being a South Asian writer, Rahman faces the problems of indigenous linguistic expression and how to describe the native culture of Pakistan without having to resort to English and the West.

An early story “Bingo”, written in the mid-1970s, was the first work of fiction in Pakistani English Literature, to focus on the 1971 war. The tale revolves around the relationship between the West Pakistani narrator, Safeer, and his friend Tajassur, from East Pakistan. Both are in the military academy together and are posted as junior officers to Dhaka on the eve of the civil war, with tragic consequences. The story focuses on how a parochial reading of colonial history has framed the perceptions and institutions of Pakistan’s ruling elite.

The story “Transfiguration” talks of the sermons of the priest and the impact it has on the youth.

‘He had just conducted the Sunday service and had preached against the sins of the flesh.’

An impish youth presents a mirror and tells the priest that the soul could change its expression. The metaphor is apt. The mirror reflects a soul that had hardened. The priest’s fanaticism had turned him into an ugly person. His reflection was becoming repulsive.

The story is a beautiful expression of how piety could be sinful too! Excess of anything is bad. And the priest’s excess of religious zeal proved to cause his undoing.

“The Snail”, is a story of how a snail wants to rid itself of its shell because it looks loathsome.

‘After all what was beauty? It was merely an ephemeral illusion.’ The quote honestly sums up the concept of beauty. It is short-lived. The shell may be ugly, but it is protective. Without the shell, the snail is unacceptable and incomplete.

“Babu” is a story of a contractor and his sahib. The story talks of the fall of Babu from being the boss to being an ‘insignificant’, a ‘nobody.’ The story talks of defeat and the fall of man from the heights of success to the depth of misery and poverty. Babu, once a prosperous mason, is now reduced to dust and rubble.

“Charity”, talks of how the colonial rule, the Mughals, and socialism, all came and went, and Pakistan was made. Yet our country lives on ‘charity.’

‘As long as the charity is there is no legality. No real liberation of the people.’ As the brazen young man’s eyes Rubab with lechery, the quote points to an important truth of life. The man is poor and doesn’t have the money to sleep with the woman. He can only drool over her. He alarms the reader by saying, telling the woman to not ‘tempt him!’ The story points to the reality of life. Why is it that money can buy everything-pleasure, respect, luxury?

“The Third Leg” is about a man who gets leprosy and is abandoned by his family except for his daughter Roohi, who has unflinching faith that he will be cured. The story dwells on how love and kindness are the panaceas to all illnesses.

“Deaf, Dark Walls” is about honour. It is about a girl Shahbana, who plans to elope with her lover, Javed. Khaista Gul comes to the rescue of her family’s honour. ‘The people of the Mohalla paid him to look after their property and their honour. And now this honour had to be defended.’

The story is a heart-wrenching portrayal of the bravery and courage of Khaista Gul in the face of danger.

“The Toy”, is a story of peer pressure and the effect poverty has on a child’s mind, especially when he/she is in the company of rich spoilt cousins.

Shahida goes on a crazy shopping spree and buys her children the toys they are so bent upon. As the children come home excited and share their shopping with their cousins, the ruthless Taimur breaks the jet into shards, splintering Sabih’s heart in a split second. The lack of worth for the toy in Taimur’s eyes crushes Sabih who is left brokenhearted forever.

“Crying Baby” is about Zahran, a woman who has to deal with a husband who is a drug addict and a crying child. Zahran looks for domestic work to help sustain her family. As the crying baby affects Nuzhat, the owner’s daughter, Zahran leaves the house only to come back empty-handed. She was all alone. The baby died and so did her husband.

Rahman’s stories are narrated with a beauty and complexity that is hard to comprehend. He deals with the mundane extraordinarily. His stories are a brutal expression of the reality of life. Life is transient. Life is cruel. And it must be dealt with courage and a determination to move forward despite the obstacles life throws at you!

A great read! Rahman’s stories are poignant and leave a deep impact on the reader’s mind.