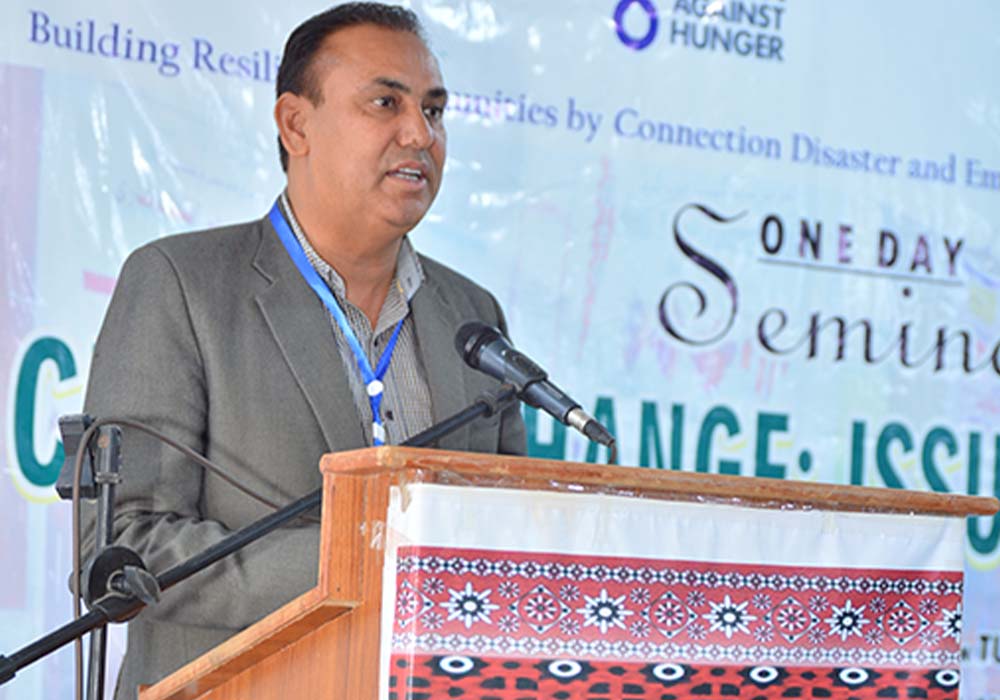 Speakers shared their views and research work about the impact of climate change on coastal regions in a seminar named “Climate Change: Issues and Solutions” held with the collaboration of the Sindh Rural Support Program, Action Against Hunger, and Swedish International Development Cooperation Agency at the Government Polytechnical College Makli Thatta on Tuesday.

They said that the opportunities of livelihood for the fishers were shrinking amid adverse environmental effects on the coastal belt of the province. They also highlighted how sea intrusion was causing large-scale devastation in the country’s coastal region.

It was observed by Pakistan People’s Party Member of Provincial Assembly (MPA) Riaz Hussain Shah Shirazi, who attended the seminar as a chief guest, that a large population of coastal areas had migrated to urban areas of the province following sea erosion and other losses caused by persistent water scarcity in the region following the non-release of required quantity of water in the Kotri downstream. During such an extended period, no measures were taken by Indus River System Authority and the federal government to curtail sea intrusion and release the required amount of water, he held.

Three districts of Sindh, including Badin, Sujawal, and Thatta, were primarily affected due to the climate change that induced sea intrusion and late monsoon rainfall, said coastal researcher Akhter Hussain Soomro. He further noted that these phenomena had defaced the fertile deltaic region of Sindh.

Ghulam Mustafa Baloch, a senior environmental consultant, said that the region might experience flash floods in future following the melting of glaciers and further added that it would devastate the agricultural setup and livestock to a great extent.