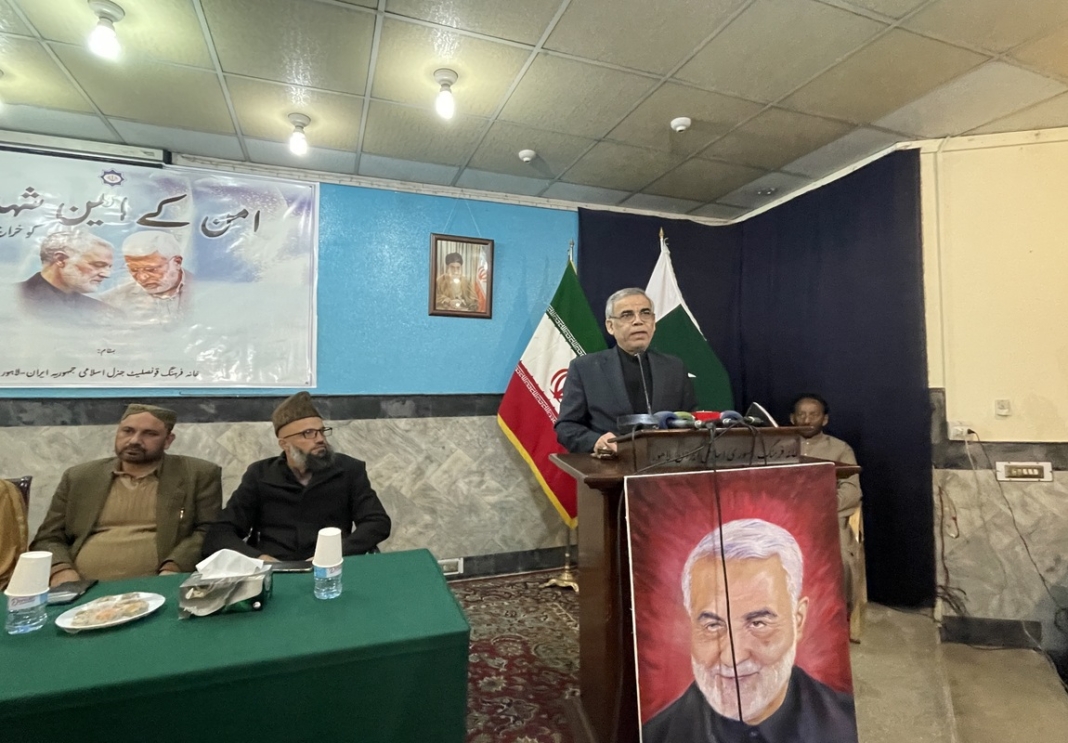 Khana Farhang Iran has organized a seminar under the title “A tribute to Flag bearers of peace” on the occasion of the third martyrdom anniversary of General Qhasem Suleimani and Abu Mehdi Al-Muhandis.

The new Consul General of Iran in Lahore Mehran Muwahid Far while speaking on the occasion said, “Three years ago, the hero of the war against terrorism, Al-Hajj Qhasem Suleimani, was martyred on the orders of the president of the hypocritical government of America. We neither forgive nor forget.”

He further said that Shaheed Suleimani was a representative of those people who sacrificed themselves to save women and children from the evil of the terrorist group called ISIS, while the political officials of the United States admitted that they themselves created ISIS.

“Pakistani brothers and sisters and people from many other countries have expressed their feelings towards Sardar Suleimani that he is dear to Allah and this honour has no boundaries,” said Muwahid Far. 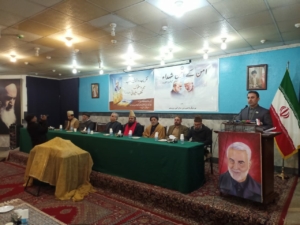 Khana Farhang’s Cultural Attaché Consulate General Islamic Republic of Iran and Director General of the Cultural Center of Iran in Lahore Jafar Ronas while addressing the conference said, “Al-Hajj Qasim is the highest national personality and his popularity in the world of Islam proves that every dear Suleimani is one of the best in the world of Islam.”

He further said that honesty and sincerity were the essence and structure of Suleimani’s ideology, the blessing of which was seen both in his life and after martyrdom.

“Martyr Suleimani was an eternal reality and will live forever, and his killers like Trump and others like him will be among the forgotten people of history,” said Ronas.

The speakers expressed their deep respect for the martyr and said that Qhasem Suleimani will always be in the hearts of people and his character will always be alive.