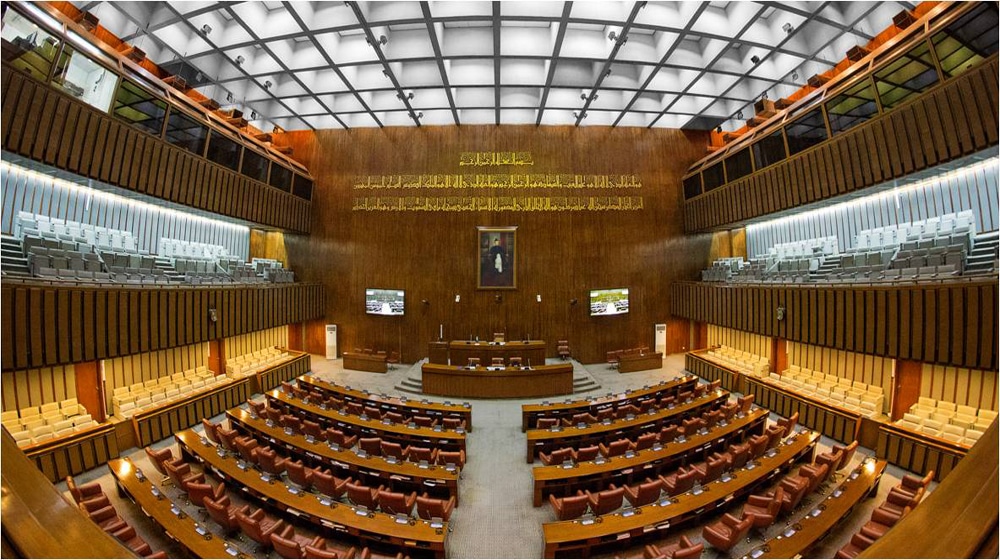 The Senate has passed the Foreign Investment Promotion and Protection Bill amid protests by Pakistan Tehreek-e-Insaf (PTI) senators.

Senate Chairman Sadiq Sanjrani presided over the meeting after a gap of about seven weeks. In the Senate session, a bill to protect foreign investment was introduced by suspending normal proceedings.

Federal Law Minister Azam Nazir Tarar presented the bill in the supplementary agenda. Tarar said that the Reko Diq project had come to a halt.

The motion to introduce the bill was passed in the ongoing uproar by PTI senators who were shouting slogans of ‘Release Azam Swati’. PTI Senators stood in their seats and protested.

Senate Chairman Sadiq Sanjrani asked PTI Senators to not spoil the atmosphere of the House assuring to issue the production orders of Azam Swati. However, PTI Senators surrounded the senate chairman’s desk.

The Bill was passed by the Senate amid uproar in the House. Later the Senate session was adjourned till 3 pm on Thursday.