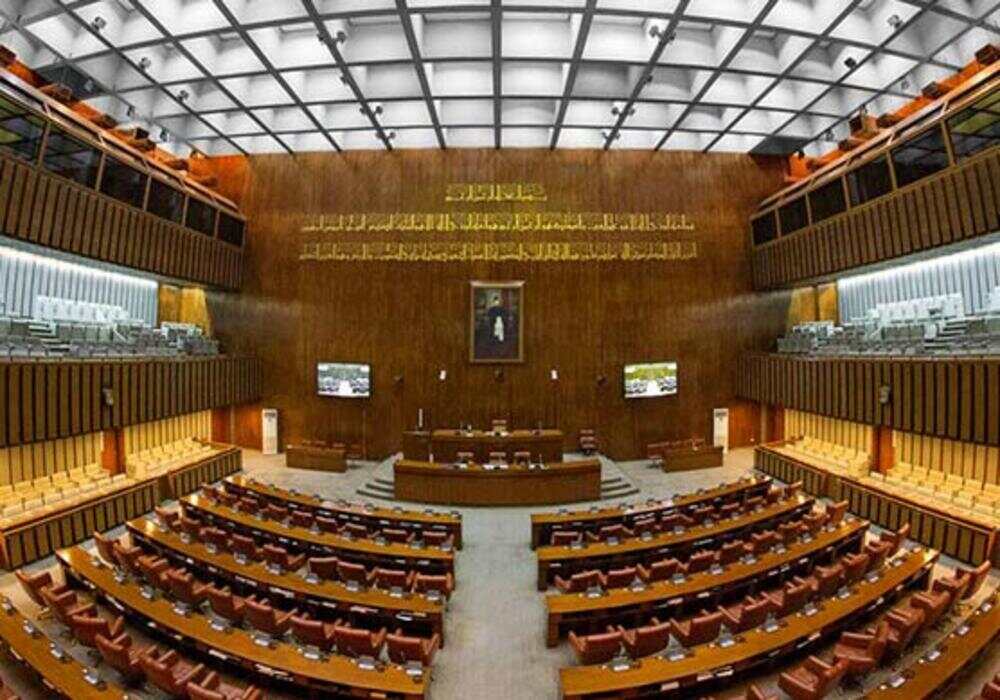 The bills were piloted by Senator Mohsin Aziz. The National Highway Safety (Amendment) Bill is aimed at increasing fine for driving under the influence (DUI) of drugs from Rs 500 to Rs 25,000 and one-month imprisonment and the penalty limit increase from Rs 25,000 to Rs 50,000 and six months imprisonment on repeated violations.

Whereas, the statement of objects and reasons of the Provincial Motor Vehicles (Amendment) Bill, 2021 says it has been observed in the recent past that the persons driving cars, especially public transport vehicles, are found under the influence of alcohol or drugs, which seriously affects motor skills such as eye, hand and foot coordination.

Without crucial coordination skills, a person may be unable to avoid an impending harmful situation, therefore the bill proposes increase in penalty. Similarly, the Senate chairman referred three private members bills – the Regulation of Generation, Transmission and Distribution of Electric Power (Amendment) Bill, 2021, the Civil Servants (Amendment) Bill, 2021] and the Islamabad Capital Territory Prohibition of Interest on Private Loans Bill, 2021 – to the standing committees concerned for further deliberation.

The Upper House of parliament also unanimously passed three resolutions – regarding implementation of the agreement reached with the federal government employees in 2021 in letter and spirit, empowering the Copyright Board for fixing of the royalties for licensing and assignment of work and ensuring payments to the artists, and funding of Metro Bus and Circular Railways in Quetta by the federal government.

The resolutions were moved by Kamran Murtaza, Faisal Javed and Danesh Kumar, respectively. The treasury benches did not oppose the resolutions. The resolution moved by Kamran Murtaza read: “The Senate of Pakistan urges upon the government to implement the agreement concluded with the Federal Government employees in 2021, in letter and spirit, with particular reference to the up-gradation of posts of scale 1-16 and merger of all ad-hoc allowances in the basic pay.”

The resolution tabled by Faisal Javed said: “The Senate of Pakistan is cognizant of the fact that artists from entertainment industry in Pakistan have been facing the issue of rightful and just payments of royalties for a long time that tantamount to misuse of copyrights. The House recommended that the Federal Government may take initiatives to empower the Copyright Board regarding fixing of the royalties for licensing and assignment of work and ensuring payments to the artists whenever their artistic work are used in any fashion or way.”

The resolution moved by Danesh Kumar read: “The Senate of Pakistan recommends that Federal Government may fund the Metro Bus as well as Circular Railway projects, including auxiliary routes in Quetta, from Federal PSDP to meet the shortage of transport in the metropolitan city to the benefit of the public.”

Speaking in the House, Minister of State for Parliamentary Affairs Ali Muhammad Khan said efforts were made to resolve the issues of government employees. He said the government also provided relief to the 16,000 sacked employees and restored them. He also appreciated the attorney general’s efforts in this regard. The minister said disparity issue had already been addressed while work is in progress on the up-gradation issue. The Senate referred seven bills including “The Constitution (Amendment) Bill, 2021”, to the relevant Standing Committees for further deliberations.

Meanwhile, Minister of State for Parliamentary Affairs Ali Muhammad Khan on Monday told the Senate that the previous governments set up expensive power plants based on imported fuel, including coal, furnace oil and LNG, and did not pay any attention to generating cheap hydropower. Winding up discussion on a motion moved by Senator Mushaq Ahmed that the House may discuss the situation arising out of the increase in electricity prices, he said the power regulator determined tariff under a set mechanism, under which, the power plants are run.

He said unfortunately, over 60 percent of electricity is being generated through imported costly fuel. The minister said “today we have around 39,000 MW installed capacity against our peak demand of 27,000 MW. We have to pay to the power plants under capacity payment”.