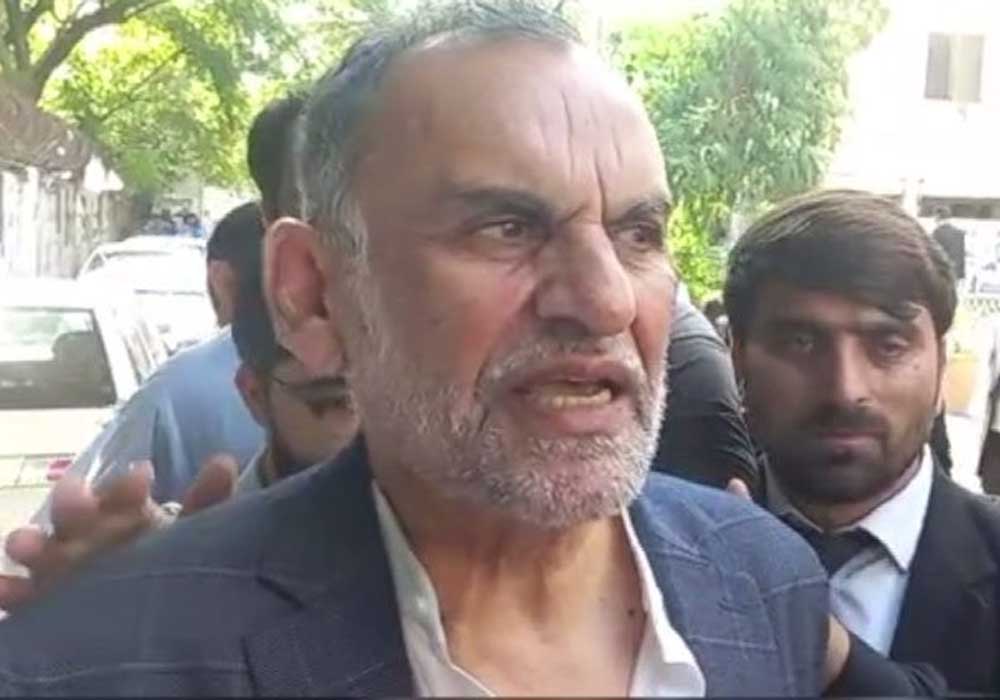 On Sunday, the court gave a remand in the “controversial tweets” case that was filed against the senator.

Azam Swati was arrested by the FIA’s Cybercrime Wing from his residence in Islamabad on October 13. He was then brought before senior civil judge Shabbir Bhatti’s court in the federal capital, which approved a two-day remand.

Later, due to the “controversial” tweets, the agency’s cybercrime unit filed a case against Swati.

A district and sessions court heard Swati’s case after his one-day physical remand was over. Due to the FIA’s request, the court on Saturday extended Swati’s physical detention for questioning by one day.

The prosecution attorney read Swati’s contentious post at the start of the hearing, which was presided over by Duty Magistrate Shoaib Akhtar.

The PTI leader, who was arrested, is currently detained physically, and the prosecutor has asked for a 14-day extension.

According to him, Swati is a political figure with hundreds of thousands of social media followers. He stated that it is imperative to retrieve Swati’s cell phone.

Meanwhile, Swati’s attorney Babar Awan asked the court not to keep his client under arrest.

He insisted that there was a legitimate process for opening an investigation, but officials unlawfully entered Swati’s home on Saturday.

The court reserved the verdict and then decided to extend the remand of the PTI leader by a day.

Advertisement
Share
Facebook
Twitter
WhatsApp
Email
Print
Previous articleVoting in 11 constituencies of Punjab, Sindh, and KP underway
Next articlePM wonders what Imran did in four years if ‘hands were tied’