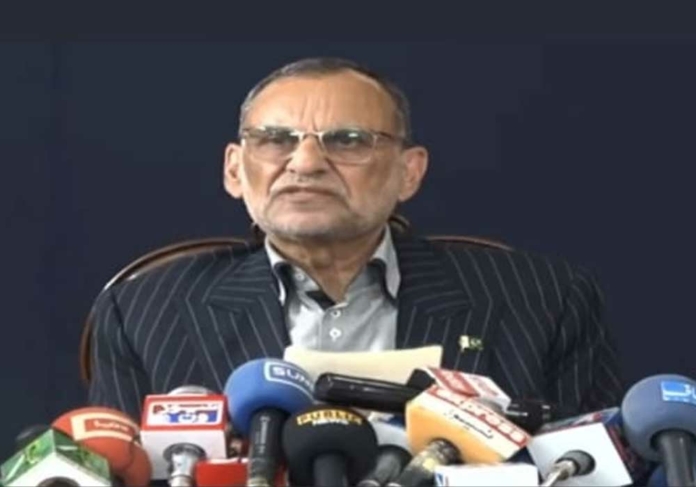 Senators staged a symbolic sit-in outside the Supreme Court (SC) after they marched to the apex court to express solidarity with Pakistan Tehreek-e-Insaf (PTI) Senator Azam Khan Swati.

PTI senators took out a rally from Parliament House to the Supreme Court which was led by Shahzad Waseem who is the leader of the opposition in the Senate.

Waseem said, “Those who talk behind closed doors do not shed their blood on the street,” further adding that all members of the upper house stood before the highest judiciary of Pakistan.

It may be recalled that a few days ago Imran Khan had demanded the Supreme Court to take notice of the case of Azam Swati and Arshad Sharif and provide justice to the victims. He also said that Azam Swati had announced a sit-in in Islamabad in which all PTI senators will participate.