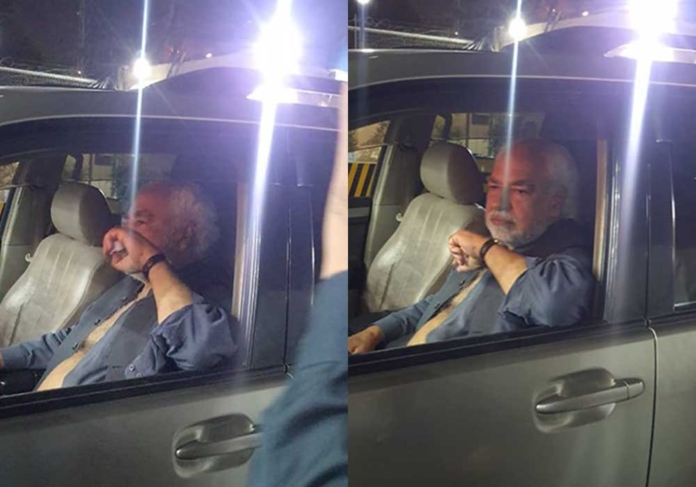 Amir was leaving the office of a private TV channel located at Lahore’s Abbott Road when unidentified men attacked him. The assailants also snatched his wallet and mobile phone.

Unidentified assailants attacked, slapped, tore clothes, and snatched their mobile phones, he wrote in a Twitter post. As soon as the incident was reported, a Punjab police spokesperson said that the inspector-general summoned a report of the incident from the capital city police officer.

The IG directed the CCPO to utilise the safe city cameras to identify the culprits and ensure their arrest.

CM Hamza sought a report from the police chief and directed the law enforcers to ensure the early arrest of the culprits. “The accused should be brought to book and further action should be taken. The incident of violence against Ayaz Amir is reprehensible,” he was quoted as saying in the official statement.

Meanwhile, three cases have been registered against controversial media person Imran Riaz Khan on the complaints of three different citizens on the charge of speaking against state institutions.

The complaints said the anchor’s act was not just a major crime but a violation of the constitution as it had hurt the Pakistani people’s sentiments.

Complainant Advocate Riazul Haq lodged the case under sections 109, 501-C1, 503 and 505 of PPC against Imran Riaz for speaking against the army. The case was registered under the provisions of the Anti-Electronic Crime Act and other provisions. The complaint said “Riaz’s allegations had dented the image of the army.”