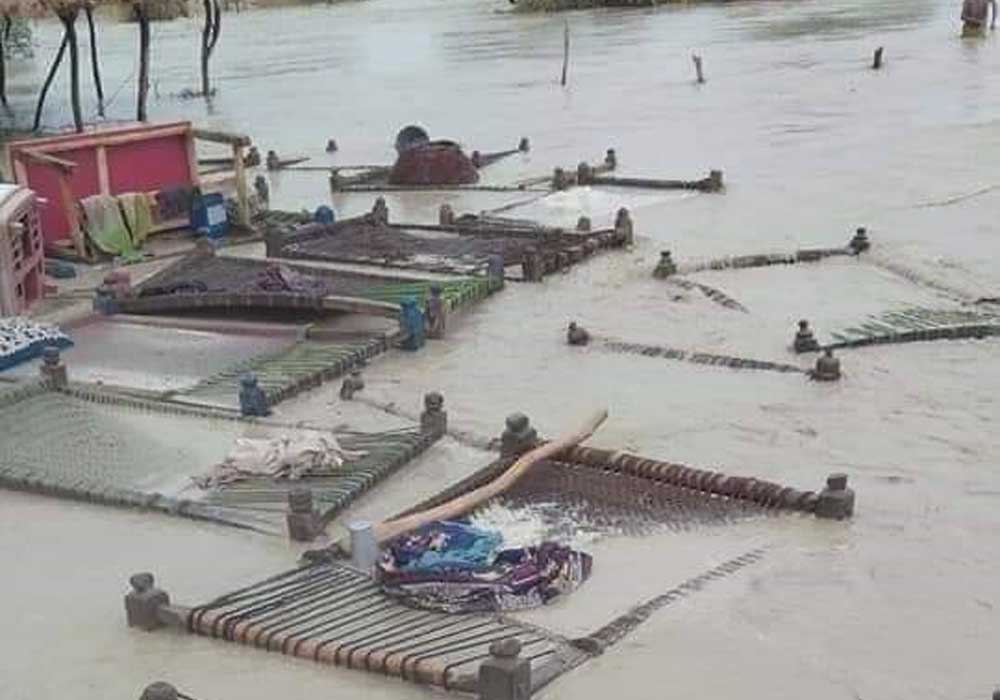 The high oceanic tides washed away thatched huts of poor villagers and inundated their valuable belongings. The villagers tried hard to fill up the breach on their own but remained helpless against the full flow of water. Local villagers told media persons who had reached their that none of the government officials had arrived in the affected areas so far and they were compelled to live under the open sky amid rain and gusty winds.

When contacted, representative of Pakistan Fisher Folk Forum said that relief activities in the troubled areas could not be started since the villages had lost road with other areas of the district. They were finding it increasingly difficult to reach there and added that after inundating the villages the sea water was heading towards the fertile farmlands. Coordinator Pakistan Human Right Commission for Hyderabad Division Zeeshan Khowaja said that he had written a letter to the Human Rights Commission about the plight of the coastal population of the district. Quoting MET department he said that due to rise in sea level more settlements along the coastline of the district were likely to submerge.

Separately, a flood from the Wingo Hill washed away a significant part of Khuzdar-Ratodero Highway on Sunday, suspending the inter-province traffic between Balochistan and Sindh. According to the deputy commissioner Khuzdar, the highway is closed from both sides of Wingo Hill area which was washed away by a fresh flood. He also urged people to avoid traveling on the road, saying that restoration work would be started on Monday in daylight. He said that all efforts would be made to restore the road within 24 hours in order to provide facilities to people in the area.